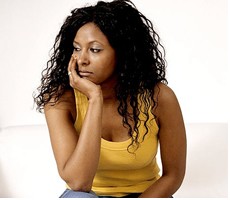 An abortion can cause five years of mental anguish, anxiety, guilt and even shame, a BMC Medicine study suggests.

University of Oslo researchers compared 40 women who had had a miscarriage with 80 who chose to have an abortion.

Miscarriage was associated with more mental distress in the six months after the loss of a baby – but abortion had a much longer lasting negative effect.

The researchers said their work underlined the importance of giving women information about the psychological effects of losing a baby – either through miscarriage or abortion.

The Oslo team found that, after 10 days, 47.5% of women who had miscarried suffered from some degree of mental distress compared with 30% of the abortion group.

The proportion of women who had a miscarriage suffering distress decreased during the study period, to 22.5% at six months and to just 2.6% at two years and five years.

But among the abortion group 25.7% were still experiencing distress after six months, and 20% at five years.

The researchers also said that women who had an abortion had to make an effort to avoid thinking about the event.

The researchers, led by Anne Nordal Broen, said the responses of the women in the miscarriage group were similar to those expected after a traumatic life event.

However, the abortion group had more complex responses.

Richard Warren, from the Royal College of Obstetricians and Gynaecologists, said: “It has always been considered, and this study also shows, that the decision to terminate may bring with it long-standing feelings of anxiety and guilt.

“While most women are able to manage and cope with these feelings, when necessary, the need for ongoing support and counselling should be recognised and appropriate help given.”

Anna Pringle, from the anti-abortion charity Life, said: “This confirms years of experience with women who come to us for counselling after abortion.

“The emotional suffering can be massive.”

However, a spokeswoman for the British Pregnancy Advisory Service – the UK’s leading provider of abortion services – said most women weighed up the consequences fully before opting for an abortion.

“We don’t see that many women for post-abortion counselling.

“We offer that service but women very rarely come back because they are able to cope with it by themselves.”

A spokeswoman for the Family Planning Association, said: “There is no evidence to suggest that abortion directly causes psychological trauma.

“Women can experience mixed feelings after an abortion such as relief or sadness.

“These are natural reactions and few women experience long-term problems.”