Abraham and the shoemaker – Message from the Morning Man - MyJoyOnline.com

Abraham and the shoemaker – Message from the Morning Man 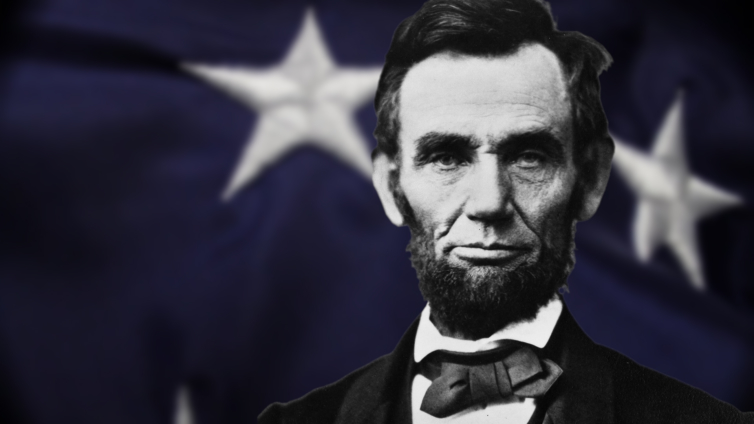 Back in the 1860s, the United States Senate was a very different place from what it is today. Arguments made on the floor were not so decorous as they are today.

People really used to dig in with personal insults and name-calling just to make their point. And these were essentially the most elite, best-educated men in the country o. But that didn’t stop them from dipping into the gutter in a bid to smear slime on their opponents. Sound familiar? Yeah.

Well, the story is told of the day President Abraham Lincoln came to the senate in March 1861, to deliver his inaugural speech as 16th President of the United States. He was being heckled as usual, with all manner of insults being thrown around as he attempted to address the chamber. He was doing his best to maintain his equilibrium when suddenly, things got extremely personal.

One of the pompous, toffee-nosed, slave-owning, aristocratic senators suddenly stood up, thumbed his braces, and bellowed in a voice that carried loud and clear over the pandemonium, “Mr Lincoln, you should not forget that your father used to make shoes for my family”.

The whole senate burst into fits of convulsive laughter. Even Lincoln’s own republicans found it hilarious that the President would have nobody better than a lowly shoemaker for a father. The laughter rolled on and on, while Lincoln stood frozen at the podium. Clearly, the senators thought they had made a fool of Lincoln and put him in his place. And then the President spoke.

“Sir”’ he said, addressing the rotund little toff who had dissed his dad, “I know that my father used to make shoes for your family. And there will be many others here, because he made shoes the way nobody else can. He was a creator. His shoes were not just shoes. He poured his whole soul into them”.

The laughter started to die down, as Lincoln’s high-pitched, yet deeply commanding voice arrested the attention of everyone in the chamber. And he was not done yet.

“I want to ask you, have you any complaint? Because… as far as I know, nobody has ever complained about my father’s shoes. He was a genius – a great creator, and I’m proud of my father”.

Now, I remember reading about this and having two separate but equally important thoughts. First, you know, it really doesn’t matter what people say or even do to you. The only thing that matters is how you choose to react to it. Let them pull you down; let them call you a failure; let them say you can’t make it. None of those insults and put-downs really matters until you start saying them to yourself.

The second thing that occurred to me was about excellence. Lincoln’s dad was excellent. To those silver-spooned bigots, he was a lowly cobbler – an insult to be flung in the face of his social-climbing son who they didn’t see as fit to mingle with them, let alone lead them. But even these jerks could not deny that the man’s shoes were the best. They could laugh at him for being a shoemaker, but they could not laugh at the shoes he made.

My dear friend, I don’t know what you do for a living, but I do know, that if you wake up every morning and choose this dial on your radio, then you are a discerning listener. That means you are among the best this country has to offer. Whatever you do everyday, there should be nobody better at it than you. You should be so excellent at it that even your enemies will respect you for it.

It’s good to have dreams, and it’s even better to pursue those dreams. It’s great to aspire to a bigger situation than where you are right now, but let me tell you the true secret to success: it’s to dominate your space. Whether you’re a receptionist or a CEO, whether you’re a janitor or a doctor, whether you’re a security guard or a headteacher, whether you sit on the throne or you clean it, your God-given mandate is to be the absolute best at what you do.

Ghana May be a third world nation, and this Coronavirus may have ravaged bigger countries than ours. But today, our President’s words are quoted across the globe as the bottom line of this entire global battle against COVID-19. We may be small, but we know what we are capable. If the Messiah could have come from a place a small as Nazareth, then the solution to this global pandemic can be found in a nation as small as Ghana.

You see, it’s not by accident that God made  us in His own image. He has dominion over the world, so we are meant to have dominion over OUR world. Our job is to dominate, my dear friends. To be the best. Let’s start today.

My name is Kojo Yankson, and I am excellent. That’s not pride; that’s a promise.