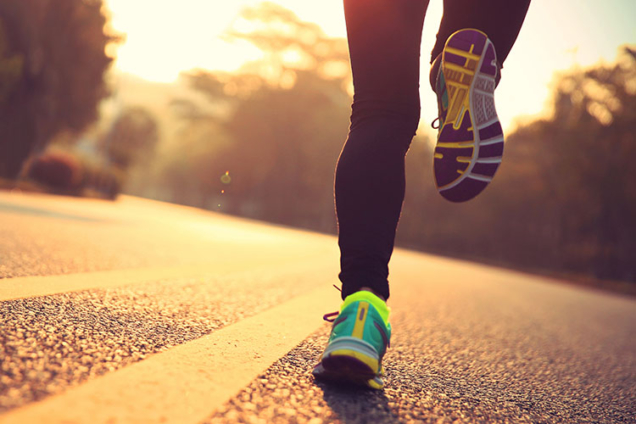 I miss Victor, don’t you? For those of you who are new to the family, Victor Brachie was one of the producers here.

He actually joined the Super Morning Show before I started hosting it in 2014. He was a great asset to the team – one of our secret weapons, in fact. Victor has a truly unique imagination that spits out radical, creative ideas on demand.

But that’s not his only unique talent. There’s one other thing that Victor is shockingly good at, as we all discovered at the Joy Sports Invitational event a few years ago.

Now, that was quite a day! The El-Wak Stadium was packed with corporate teams – including Multimedia – all competing in various sporting activities to the cheers of a massive crowd. My most memorable moment from that day was the 4x100m relay race. Something remarkable happened, and it started with the heats.

The first 100m didn’t go very well for us. By the time the baton was handed over, Team Multimedia were in third place, and the distance between us and the leader was almost 50 metres. Running second for Multimedia was our very own Victor Brachie from the Super Morning Show.

Nobody really expected what happened next. By the time the leader had run 50 metres, Victor had already caught up with him. Our boy then used the remaining 50 metres to stretch so far ahead on the field that even if our third and fourth runners had run backwards, we still would have won that heat.

As you can imagine, Victor was an instant hero. We were all hailing him, lifting him up on our shoulders, buying him drinks and patting him on the back. Who knew our own Vicky-Brach could run like that?

Then it was time for the final. This time, Victor insisted he wanted to run the last leg. But things went very differently this time. Our first three runners did their best, but were outclassed by all the other runners in the first three legs of the race. By the time Victor received the baton for the home stretch, we were in last place, and the very best his amazing speed could get for us was fourth position.

Now, I will never know what made Victor decide to run last in the finals. Maybe he thought that would be our best chance to win. Or maybe he wanted his second performance to be in front of the fans instead of on the far side of the field where he could hardly hear the cheers. Or maybe he just wanted to experience the feeling of breaking the tape at the finishing line. Whatever his reason, he chose to withhold his effort until the end, and by the time he deployed it, well… it was far too late to make a difference.

It’s amazing how many of us do exactly the same thing in our own lives. We hold off our best until it’s too late to make a difference. In school, we wait until the day before the exam before we pull an all-nighter. For that one night, our concentration will be 100%, our retention rate will be phenomenal, but we will never be able to absorb a whole semester of coursework in one night. We put up our best effort when it’s too late to make a difference.

How many times have you seen shops that are about to close down holding mega sales? How many brides start going to the gym a week before the wedding, hoping they can change their figures in seven days and fit into that dress?

Employees threatened with redundancy will suddenly kick their performance up a couple of notches in the hope that their last minute efforts will save their jobs. What they don’t realise is that the decision to make staff redundant is usually based on which roles are surplus to the organisational requirements, and not who is working hardest. Their effort could have won them a promotion to a more business-critical role if only they had applied themselves from the beginning.

My friends, hard work and effort are assets. They are resources. Just like time and money. In fact, sometimes, hard work is the only resource we have.  And like all resources, they are only effective if we apply them at the right time, when they will make the most impact. If we hold on to them and apply them when it’s too late, they become a waste. Now, why would you waste the only resource you have?

This is looking like a tough year up ahead. Rising prices and the falling cedi have combined forces to wipe the smile off our collective face. There is no way we can keep doing what we have done in 2022 and expect it to be enough to get us through 2023. It’s going to take hard work, but we’d better start putting the effort in from now, if we want it to make a difference.

My name is Kojo Yankson, and I want my effort to mean something, so I put my best foot forward first.

DISCLAIMER: The Views, Comments, Opinions, Contributions and Statements made by Readers and Contributors on this platform do not necessarily represent the views or policy of Multimedia Group Limited.
Tags:
Message from the Morning Man