Message from the Morning Man: The falcon - MyJoyOnline.com

Message from the Morning Man: The falcon 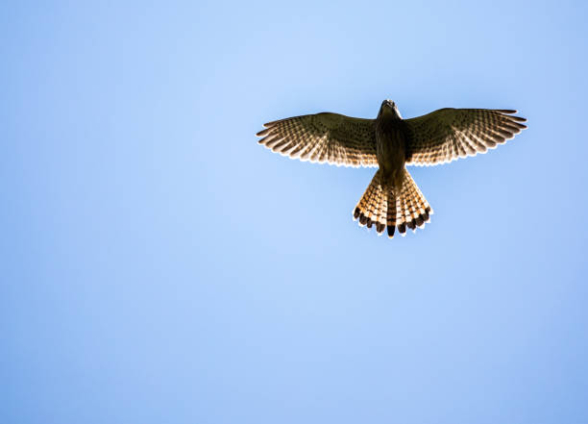 There was once a king who loved falcons. He loved to sit on his royal balcony and watch with a satisfied smile as the majestic birds soared over his sprawling lands.

He would follow their flight through his telescope and smile contentedly to himself for hours on end.

One day, a visiting dignitary brought him a gift. It was the most magnificent falcon he had ever seen. Strong, taut muscles, ready to spring into action, beautifully patterned plumage, and the most impressive wingspan he had ever seen.

The king couldn’t wait to watch the beautiful creature take to the sky. He commissioned his Chief Falconer to train the bird.

The next day, the king ran to his balcony expectantly; eager to witness his new bird’s flight, but there was no sign of it whatsoever. He went down to find out what the problem was.

His Chief Falconer was frustrated. “Sire, we have tried everything, but the bird simply will not budge from its branch”.

The King brought in animal experts from across the kingdom, but none of them could make the falcon fly. It just sat there, clinging to its perch with its powerful talons, moving not an inch. The miffed monarch announced a reward of one sack of gold to the person who could make his falcon fly.

Doctors, vets, scientists and sorcerers trooped in day after day. Each of them tried everything their imaginations could invent. The falcon remained resolutely perched on its branch.

Then one morning, a poor peasant farmer walked into the king’s court. “Let me try, Your Majesty”.

The king took a look at him and shrugged. “Why not”, he thought to himself. “Maybe a poor farmer might know something that we all don’t”.

The following morning, the King was woken by the loud majestic cries of a falcon. He rushed out onto his balcony to witness the glorious sight of his beautiful bird soaring through the air for the first time. With joy in his heart, he summoned the poor farmer to present his reward. “How did you do it?” He asked, ablaze with curiosity. “How did you make my falcon fly?”

The poor farmer smiled. “It was simple, Your Majesty. I just cut off the branch the bird was perched on”.

My friends, we are all born to fly. We are all designed with the muscles, the plumage and the wingspan to achieve the highest heights in our education, our businesses and our careers – but some of us will never leave our perches. As a nation, God has provided us with every single natural and human resource we could possibly need to succeed, but after almost 62 years, we are yet to take flight.

As we use all our energies, all our endowments and talents to keep ourselves in one place, nations that were blessed with none of the gifts we are wasting, continue to soar high above us, while we cling to our branch for dear life, refusing to budge.

That branch we can’t let go of is fear. Fear of the unknown. Fear of failure. Fear of change. We look around us and we see successful people. We know their stories. We know the risks they took, the work they did, and the obstacles they overcame to become successful.

My people, the dizzying heights of success, achievement and national development await us all – individually, AND as a nation – if only we are willing to cut down that branch of fear we have been clinging to for so long.

You see, if, after all this time, we are still not where we want to be, then whatever we have been doing thus far has not worked, and will never work, no matter how long and how hard we keep doing it. It’s time to do something new, time to cut that branch.

And if we’re afraid of falling, let’s just remember this: God didn’t give us these muscles, this plumage, this wingspan – this potential – for nothing. We were designed to fly, not to fall.

My name is Kojo Yankson, and the only guarantee of failure is doing nothing.