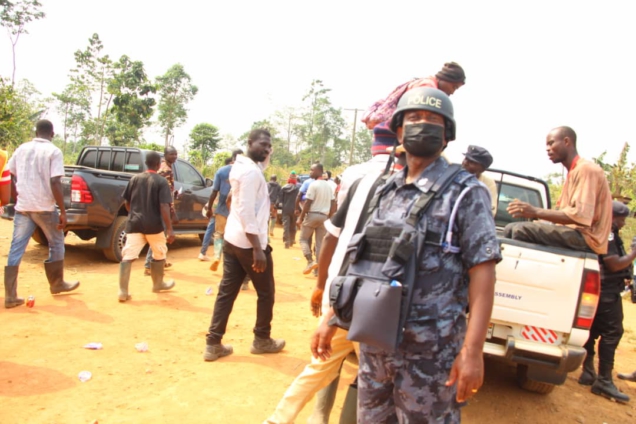 The Abuakwa North Security Council in the Eastern Region has deployed security personnel to some parts of the municipality to flush out nomadic herdsmen.

The intervention follows increased tension between residents and the herdsmen over the destruction of farms by some 10,000 cattle believed to have been brought from Afram Plains.

The task force involved in the “coded operation” is made up of personnel from the National Intelligence Bureau (NIB), Police and volunteered farmers.

So far, a herdsman has been arrested. It is believed that the others fled their camps after a tip-off.

The Municipal Chief Executive, Alhaji U. B. Bodinga noted that the Assembly will sustain the fight “until there are no cattle in the Municipality”.

According to him, earlier efforts to stop the herdsmen were unsuccessful.

“We sat and took a decision as to who was behind this cattle. After the meeting we went with the police to scout the first point that they were, that’s the Mpaemu area. So they went there, they met them, they tried to get them but unfortunately, the herdsmen turned the cattle on them.”

“So quickly, they brought a report and called the farmers because everything should be in consultation with the stakeholders. They went again to comb where we can start the operations from. Lo and behold, before you came we have been able to arrest one on their camp,” he explained

He added that “we have done justice to their belongings including their mats to show them that some people have been here in their absence”.

Meanwhile, the concerned residents are calling on government to deploy more security personnel to the area.

“We want government to beef up security in this area because the police officers here are not enough to give us the needed security. We want these herdsmen out of Kukurantumi.”

DISCLAIMER: The Views, Comments, Opinions, Contributions and Statements made by Readers and Contributors on this platform do not necessarily represent the views or policy of Multimedia Group Limited.
Tags:
Abuakwa North Security Council
Nomadic herdsmen