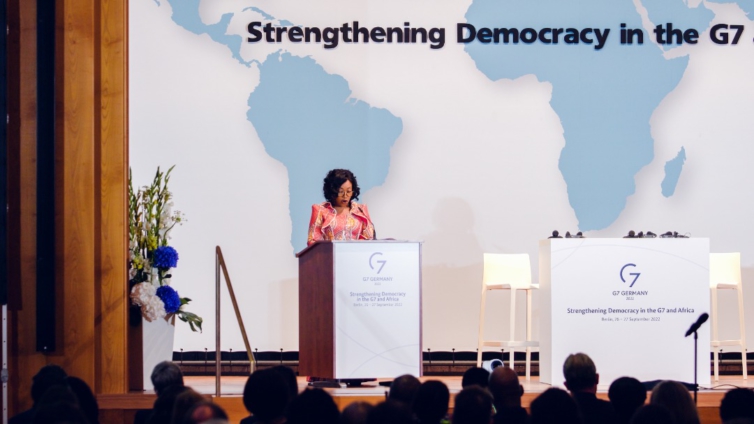 Foreign Affairs Minister Shirley Ayorkor Botchwey is worried that the abuse of social media platforms is becoming a pervasive threat to democracy.

According to her, some unscrupulous individuals are taking undue advantage of technology to “sow hate speech in countries and across countries, violence against people and faiths and subvert elections by both misinformation and disinformation and manipulation of vote counting.”

Speaking during a conference on strengthening democracy on the theme ‘Towards resilient institutions and societies in the G7 and Africa’ in Berlin on September 26 to 27 said, “more worryingly, some States, reportedly not friendly to democracies, have been cited for being behind these very effective methods of manipulating electorates and elections.

“The point here is not that we have not had, historically, some powerful States seek to influence policy and elections in countries of interest.

“Seeking to buy off Trade Union or student leaders, for instance, or an editorial page or sponsoring a military coup, are light years in effectiveness than what individuals and malign States, with their bots, do today. They are deadly for democracy.”

At the same time, Shirley Botchwey also noted that Ghana is shouldering the high costs of fighting the terrorists and violent extremists that threaten coastal States of West Africa from the Sahel, in addition to piracy on our Atlantic waters.

Paradoxically, our success in improving socio-economic outcomes is key to preventing radicalization and recruitment by terrorists.

DISCLAIMER: The Views, Comments, Opinions, Contributions and Statements made by Readers and Contributors on this platform do not necessarily represent the views or policy of Multimedia Group Limited.
Tags:
Abuse
Democracy
Shirley Ayorkor Botchwey
Social Media