Academic galamsey: Who qualifies to teach in a university? 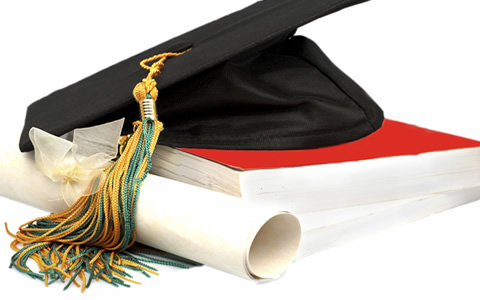 Years ago, I wrote on a pro-Ghanaian internet portal about my sordid affair with some popular academic institutions in the West that had made news for all the wrong reasons.

These were business establishments that were reportedly baking qualifications in degree mills and awarding them to international students who had money to pay.

A powerful media organisation had done a lot of investigation into the problem, exposing some phoney universities in parts of the country and warning prospective students to beware.

The London campus of a very fine university had lost its reputation to terrible complaints of falling standards, and the parent university had threatened to distance itself from the troubled campus.

A filter often leaves an imprint on that which it filters. If the universities and the degrees they churned out were phoney, so were the lecturers. I had visited a few private universities and colleges in that western country and made some interesting discoveries. At a certain college, I expressed interest in a PhD programme and asked for a prospectus and a course outline.

The receptionist, who doubled as the registrar, dished out a leaflet detailing the requirements for admission and a scholarship facility available for bright students.

I inquired about the whereabouts of the lecturers, and the registrar assured me that since a PhD is typically a research programmme, all I needed to do was to put together a proposal and they would find me one. In the end, there were prepared to offer me a job as a lecturer in the same college. How funny is that?

When private universities started springing up in Ghana, I was quick to praise the authorities of these universities for their bold initiative. I was particularly happy that they were going to absorb the large numbers of students who demonstrated some capacity for higher academic pursuits but could not be admitted to any of our three public universities.

Most of the applicants had good grades, but the public universities did not have spaces for them. I found time to selectively praise a few of them for daring to be different. Patrick Awuah’sAshesi is at once a redemption and a saving breath of hope and academic glory. A few other private institutions are doing well.

Suddenly, all the private universities managed to find lecturers to satisfy their growing student numbers.Yet we have not produced a lotof qualified people over the period to teach in our universities.

We are a country that depends on imported goods, but we haven’t ventured into the importation of lecturers yet. What we have done is academic galamsey, where one lecturer signs up with two or three universities and strategises to satisfy all of them, simply by showing up to teach the same thing at prescheduled times suitable to him or her.  Time for research? Tell that to Aristotle.

I have been told to try academic galamsey because it pays a lot of money. All you do is establish yourself with one seemingly credible university, and the rest will tag along. At the end of the month, you grab your Ghana-must-go-bag or suitcase, or any big bag in your house,andgo round colleting your money.

If you get GH3,000from the University of the East, and another GH3,000 from the University of the South, you have halved the salary of the president of the republic. But unlike him, you have the luxury of a third income from a third galamsey institution, where you could bag another GH2,000. When you put all these together, you have more money than those galamsey people who expend superfluous energy to dig out the womb of the earth for Obuasigold.

The academic galamsey lecturer is a smart guy who has the ability to multitask. He doesn’t grow grey quickly like other professionals because he could reproduce the same information wherever he goes without researching to add on new material. And thankfully, his students do not read or research ahead to bring out anything to test his knowledge.

The students are engaged in their own galamsey activities, facebooking while recording themselves on video, or just chilling out at Accra Mall or driving around at the expense of scholarship. Yet they manage to pass their examinations the same way that their lecturers are able to sail through their course outlines without incident.

Once again, let’s sidestep the norm and ask the same controversial question we asked the other day: What is the ‘academic quality’ of the private university student?  In other words, what is the profile of the student who opts to go to a private university, instead of a public tertiary institution?

And that is not to suggest that the private university becomes the only competitive option for students who could not find a space in the traditional universities of Legon, KNUST and UCC.

For the umpteenth time, we would celebrate the private university idea, but we should also endeavour to make these institutions do more than what the public universities are presently doing. We should make them competitive enough to find their place in international rankings.

As we contemplate a free SHS in 2015, we should also spare time to look at these things. For, we know that a free SHS would also increase the number of students we prepare for tertiary education. With the abundant numbers will come more challenges and problems of quality and scholarship.

If we don’t prepare ahead of time, we would be adding to the present problems in our public and private universities. While academic galamseymay not be wrong or illegal, university authorities should ensure that students get the best out of the learning and teaching experience. The Ghanaian university lecturer should make research and innovation the focus of the teaching job.