Accra-Tema motorway under new concession; road to be tolled after completion – Ofori-Atta 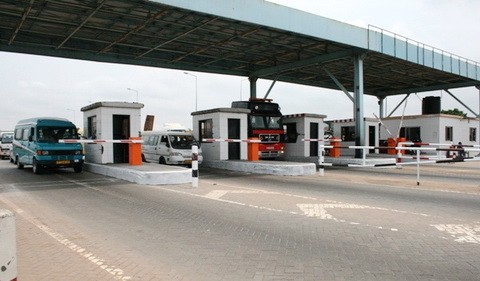 Finance Minister Ken Ofori-Atta has revealed government’s innovative strategy to raise funds to facilitate the rehabilitation and extension of the Tema Motorway, a critical road network in the country.

According to him, government in line with the Public Private Partnership Act, 2020 (Act 1039) will establish a concession agreement between the Ghana Infrastructure Investment Fund (GIIF) and the Roads and Highway Ministry that will sponsor the 27.7-kilometer project.

Delivering the Mid-Year Budget review, Mr. Ofori-Atta said the project upon completion will be tolled.

“The completed road will be tolled to recover the whole life cost of the completed infrastructure as well as pay lenders and provide a return for equity investors”.

“The Government of Ghana shall provide funding through GIIF to take equity in the Special Purpose Vehicle to be created by GIIF for the project,” he mentioned.

Despite a cancelation of road tolls, the Finance Minister further revealed that government will toll all new roads constructed under such concession agreements.

“All new roads of this nature will be tolled,” he stressed.

Speaking on the contract drawn so far, the Minister said a draft concession agreement between GIIF and Ministry of Roads and Transport is currently under review by all parties including the Office of the Attorney-General and Ministry of Finance.

“When completed, the concession agreement is expected to be approved by the PPP Committee, Cabinet and Parliament,” he continued.

On November 17, 2021, government revealed motorists who ply tolled roads across the country, will no longer be required to pay tolls.

“Government has abolished all tolls on public roads and bridges. This takes effect immediately the Budget is approved,” Ken Ofori-Atta said while reading the 2022 budget to Parliament.

DISCLAIMER: The Views, Comments, Opinions, Contributions and Statements made by Readers and Contributors on this platform do not necessarily represent the views or policy of Multimedia Group Limited.
Tags:
Ken Ofori-Atta
Road tolls
Tema motorway