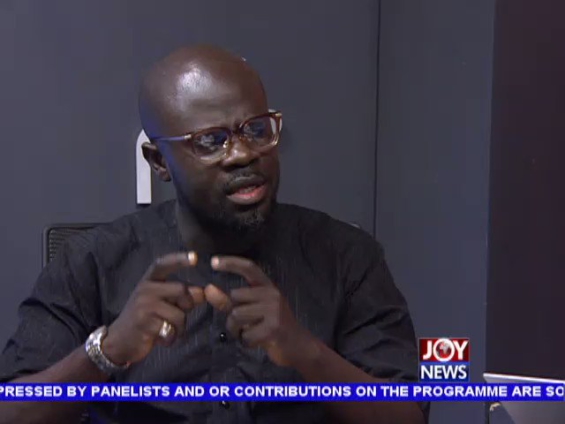 Dean of the Faculty of Law at the University of Professional Studies, Accra (UPSA), Prof. Ernest Kofi Abotsi

Dean of the University of Professional Studies, Accra (UPSA) Law School, Professor Ernest Kofi Abotsi, has stated that a presiding Speaker of Parliament has no right to form a quorum or cast a vote during parliamentary proceedings.

Speaking to Mamavi Owusu-Aboagye on The Law, Sunday, he said once a person assumes the position of the Speaker, their rights as a Member of Parliament no longer functions; hence, they cannot be said to have an original or casting vote.

Article 102 of the Constitution states that one-third of the total number of MPs, excluding the person presiding, must be present for any parliamentary business.

Meanwhile, Article 104(1), outlines that matters in Parliament should be determined by votes of the Majority (more than half) of members present and voting.

This has been the bone of contention between the Majority and Minority in Parliament over the approval of the 2022 budget statement and economic policy.

The NDC MPs argue that First Deputy Speaker, Joseph Osei Owusu could not count himself as Member and had no legitimate right to partake in the voting process since he was presiding over proceedings on Tuesday.

According to Prof Abotsi, the recent happenings in the Chamber have exposed the flaws and complexities in the Constitution.

He said, “the constitution did not really make a lot of fuss about the speaker’s original vote because it is a matter of fact but the constitution was explicit that in stating the fact that the Speaker doesn’t have or enjoy a casting vote.”

He noted that those complications were not thought through during the framing of the Constitution, adding that the complexities of Parliament were equally not considered.

“When a Deputy Speaker assumes the office of a Speaker, the Deputy Speaker suffers the liabilities of the speaker and one of those liabilities is that the Speaker doesn’t have a vote; he neither has a casting vote nor an original vote but it creates a constitutional problem from what we see now.”

But a private legal practitioner, Julius Opoku Agyei disagreed with him on the premises that a Deputy Speaker presiding over a sitting does not necessarily become an Acting Speaker.

He held the view that a presiding member can form a quorum; yet, cannot vote.

“Even though he can be counted to form the quorum of 138 for the purposes of taking a decision, when it comes to voting, the Constitution expressly takes away his right or power to vote so he could not have voted and I am not sure whether the counting of the votes suggests that he voted,” he added.

Majority Leader, Osei Kyei-Mensah-Bonsu, earlier stressed that they had met both requirements to approve the budget on Tuesday because the presiding First Deputy Speaker was in the Chamber first as a Member before being Speaker.

But the Minority Leader, Haruna Iddrisu, has objected to this, describing the Majority’s action as unconstitutional and null.

The debate on the legality or otherwise of the Minority to reject the budget and that of the Majority to approve it continues as talks keep breaking down between the two sides of the political divide.

Some have called for the Supreme Court to interpret the provisions in Articles 102 and 104 of the Constitution.