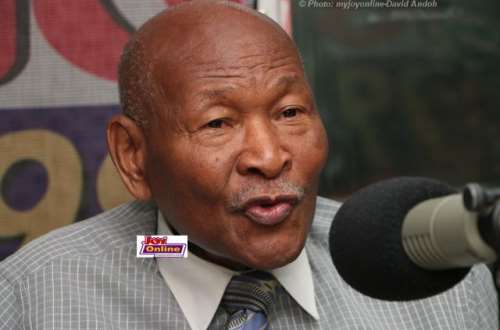 The Office of former President Mahama has lashed out at Council of State Member Sam Okudzeto for saying that the 2020 NDC flagbearer is setting up the judiciary for public hatred.

Mr Okudzeto described as shameful former President Mahama’s criticism of the Chief Justice and the Judiciary over their handling of some politically related cases.

Addressing lawyers affiliated with the NDC, former President Mahama stated the image of the Judiciary is broken and that it will take a new Chief Justice to repair same.

But speaking to Raymond Acquah on Upfront, Mr Okudzeto accused the former President of being selective in his criticism of the Judiciary.

“I don’t think he understands the judiciary system. The Chief Justice does not tell the judges what kind of judgement they should write. So if you have evidence of corruption, you are supposed to send it to the Chief Justice, who is mandated under the constitution to have an inquiry.

But in response, the Spokesperson for the former president, Felix Kwakye Ofosu, said the statesman should rather add his voice to calls for fairness and balance in justice delivery at the courts.

“People are always going to criticise the judiciary. And the judiciary is only another arm of government. They are not separate or immune from other arms of government in terms of their ability to air their views on their work.

“The impression has been created that it is only the NDC that has issues with the judiciary. But credible organisations have conducted multiple research that shows that the image of the judiciary continues to dwindle.”