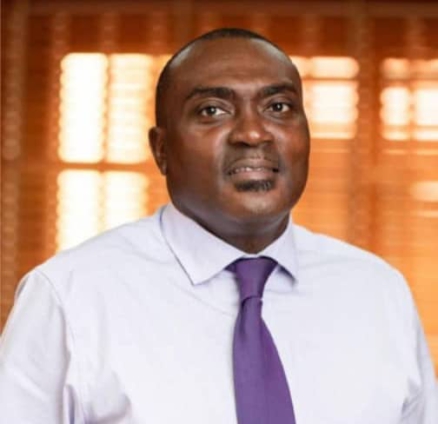 Executive Chairman of ADK Consortium, Michael Krakue has been inducted into the Corporate Ghana hall of fame at an event held last Friday at the Movenpick Hotel.

Engineer Krakue was awarded for his outstanding contributions to the Engineering field in the country.

With three decades of practice in engineering, Ing. Krakue has steered ADK Consortium into becoming the most sought after engineering firm in the country.

He is also the Managing Partner of K & H Consult Ltd, a private Consultancy Firm involved in Civil and Structural Engineering works.

He holds a Bachelor of Science Degree in Civil Engineering from the Middlesex University in London, United Kingdom, a Fellow of the Ghana Institution of Engineers (GhIE) and an elected member of the American Society of Civil Engineers (M.ASCE).

Ing. Krakue for the past three decades has undertaken various structural and civil engineering works both in Ghana, United Kingdom & the United States of America.

He was the Project Co-ordinator for the conversion of the State House Tower Block to Offices for Members of Ghana’s Parliament, popularly known as JOB 600, which was successfully completed & commissioned in 2015.

He was also the Project coordinator for the Job 600 annex project. He is involved in the 3Ks’ Project which involves the rehabilitation and expansion of the water supply systems for the Kwahu, Kumawu and Konongo Communities.

He has gained vast professional experience in Civil Engineering and Project Management from the handling of various critical and challenging projects.

Through Ing. Michael Krakue’s drive, vision and tenacity, he has developed ADK Consortium into a major international force in the Engineering Industry.

He is known at ADK as a dedicated leader – one who moves, touches and inspires others – in all his interactions.

Today, ADK stands tall as one of the preeminent Engineering Management Consulting Firms specializing in Infrastructure Development and contributing to the development of our nation, Ghana.

DISCLAIMER: The Views, Comments, Opinions, Contributions and Statements made by Readers and Contributors on this platform do not necessarily represent the views or policy of Multimedia Group Limited.
Tags:
ADK Consortium
Corporate Ghana Hall of Fame
Michael Krakue