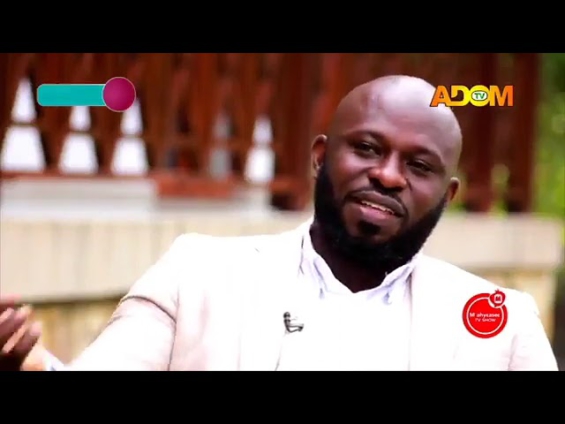 Adom FM/TV presenter Nana Osei Ampofo Adjei has opened up on a strange disease that almost killed him during his childhood.

This he revealed on Adom TV’s M’ashyase3 happened when he was about age nine and living with his parents at Asante Mampong where he spent most of his life.

Recounting this difficult phase of his life, Ampofo Adjei said it all started after he slept in a neighbour’s room after visiting the hospital with his mum one day.

“We were living with a certain lady at the time and when we returned, she had locked the room and was nowhere to be found and that was why I ended up in the neighbour’s room, marking the beginning of my greatest nightmare. My leg suddenly swell and got worse by the day,” he sadly narrated.

The presenter revealed all attempts by his parents for him to heal through mallams, hospitals, and pastors among others proved futile.

“Hope was completely lost because we couldn’t establish what the problem was. The once bubbly and lovable Ampofo Adjei no longer existed and everyone who saw me broke down in tears. I couldn’t walk and had to be assisted even to urinate and use the toilet,” he told Afia Amankwa Tamakloe.

Fast forward, he said one pastor Kwarteng, who is a good friend of his late father, Nana Ampofo Adjei, came to the house to visit and professed some solutions which enabled him to step on a recovery path.

“The pastor told me I was shot in my leg spiritually and as at now, I still have the scar on my leg and it indeed looks like a gunshot wound.

“I remember he mixed okro with plantain and other ingredients which were tied on my leg. I woke up the next day feeling all wet with a white fluid coming out of my leg,” he added.

DISCLAIMER: The Views, Comments, Opinions, Contributions and Statements made by Readers and Contributors on this platform do not necessarily represent the views or policy of Multimedia Group Limited.
Tags:
Adom FM
Adom TV
Nana osei Ampofo Adjei