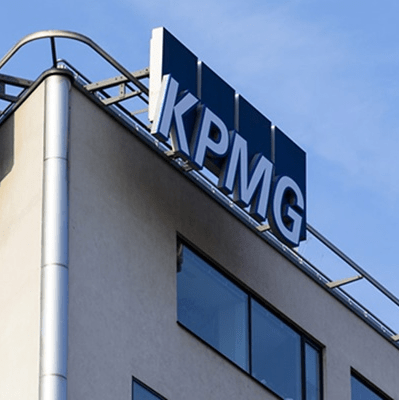 Accounting and auditing firm, KPMG wants government to adopt a consultative approach to ensure that
the concerns of individuals, households and businesses are well addressed before measures captured in the 2023 Budget are implemented.

The 2023 Budget is hinged on seven-point agenda. They include aggressively mobilising domestic revenue through various tax reforms, streamlining and rationalising expenditures, boosting local productive capacity and promoting and diversifying exports.

Consequently, government has proposed a number of revenue measures including: introducing an additional PAYE tax band of 35%, increasing VAT by 2.5%, introducing a minimum chargeable income tax, broadening the scope of the National Fiscal Stabilisation Levy (NSFL) to include additional industries, among others.

But KPMG said “it is important to note that, to achieve the above measures, a consultative approach will ensure that the concerns of individuals, households and businesses are well addressed before these measures are implemented”.

Government has also outlined expenditure management priorities which should help enhance efficiency in government expenditures. In this case, government proposes to integrate public procurement approval processes with GIFMIS to ensure that projects approved are aligned with budget allocations, review key government programmes to reflect relevance, promote efficiency, and ensure value for money and review the efficiency of Statutory Funds.

But KPMG said whilst the above initiatives are laudable, government must put in place the necessary mechanisms to ensure disciplined implementation.

In addition to the above revenue and expenditure measures, government is hoping to close the IMF negotiations as soon practicable. It has been generally acknowledged that an IMF programme has the potential of restoring confidence in the economy and resetting the growth potential.

This was confirmed in the results of KPMG’s pre-budget survey conducted in October 2022.

KPMG said indeed, a significant number of our respondents are of the view that an IMF programme could help to salvage the economy from the current crisis, although others are calling for structural changes to eliminate the need for future IMF interventions.

“The policies and actions we take in times like this must inspire confidence in our people, give them hope and empower the change that we desire. The agility in responding to economic shocks is a critical feature of resilient economies. We urge government to quickly execute these measures with discipline to restore the economy onto a path of stability, resilience, and inclusive growth”.

DISCLAIMER: The Views, Comments, Opinions, Contributions and Statements made by Readers and Contributors on this platform do not necessarily represent the views or policy of Multimedia Group Limited.
Tags:
2023 Budget
Anthony Sarpong
Government
KPMG