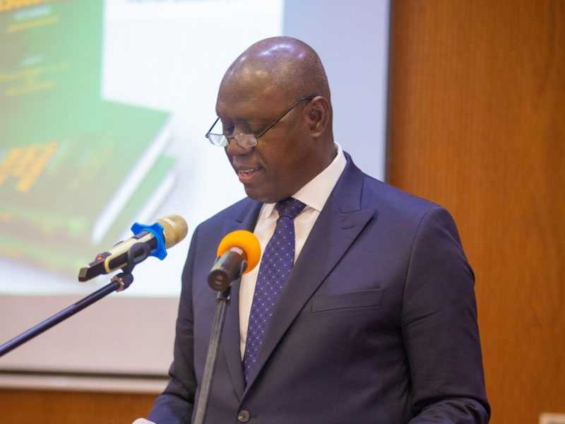 He said the promotion of ADR in Ghana, had become more pronounced because of the challenges litigants were confronted with in the resolution of disputes.

According to the Chief Justice, it appeared that the legal community was increasingly becoming more aware of the need for ADR to be mainstreamed into judicial processes for the advancement of law and order in an expeditious manner.

Justice Anin-Yeboah, speaking at the launch of a book, titled ‘The Law and Practice of Alternative Dispute Resolution in Ghana’, said even though litigation had its own advantages, there was an urgent need to decongest the courts, while enhancing justice for the citizenry.

The book, co-authored by Justice Stephen Alan Brobbey, a retired Supreme Court Judge, and his son, Victor Brobbey, a law lecturer, provides guidance to the lay arbitrator to resolve disputes with potentially clear legal implications, among others.

It provides guidance on the enforcement of ADR disputes necessary to ensure that the winner of an ADR award is not frustrated by delays in the execution of the award.

The comprehensive book, which covers all aspects of ADR and discusses ADR theory and practice, seeks to contribute to the justice delivery landscape in Ghana.

The Chief Justice said although the judiciary had the arduous task of resolving disputes and providing justice for the citizenry despite the increasing Ghanaian population, there were approximately only 438 judges and magistrates nationwide to perform the tasks.

He said it was unreasonable for only such a few judges and magistrates to administer justice to all the population of the country in an efficient and expeditious manner as there were bound to be delays.

He said the courts continued to face significant deficits in infrastructure as they continued to be busy and inundated with cases, citing the recently inaugurated High Court at Amasaman, Ga West Municipal in early September 2020, which already had 545 active cases pending before it.

“A similar inundation can be found at the recently opened courts in Adenta. The High Court opened in September 2019, commenced sitting on March 13, 2020 and currently has 937 cases,” he added.

Government, Justice Anin-Yeboah said, had listened to the Judiciary’s call of making justice delivery physically accessible by reducing the travel time for litigants with the provision of additional court infrastructure across the country.

The Judiciary, he noted, had traditionally been at the forefront of meeting demand by the citizenry, albeit other avenues for dispute resolutions must be encouraged by law.

Current system of administrative tribunals in Ghana, the Chief Justice said, was virtually nonexistent; neither did it appear to inspire high levels of public confidence and it was unsurprising that the first instinct of a yearning litigator was to run to the courts.

He explained that “the common law system in Ghana inherited in 1957 or before, has delays built in its DNA,” and that such delays had been taken to absurd levels in Ghana in recent times as there were still protracted litigations in the courts as far back as the 1950s.

He said the judiciary had taken a number of steps to address such delays to ensure that precision was not affected by the increase in speed, adding that the E-Justice system was one such initiatives.

“If these challenges are to be addressed, it will require a cultural shift in the nation’s approach to dispute resolution. It will therefore be acceptable that a significant proportion of disputes need not to be resolved by formal litigation in court,” Justice Anin-Yeboah said.

Nana Professor Samuel Kingsley Botwe (SKB Asante), Paramount Chief of Asante Asokore and a celebrated arbitration luminary, described Justice Brobbey as “one of the most illustrious jurists in the history of Ghana.”

Prof S.K.B. Asante, said Justice Brobbey’s judicial record, outstanding legal scholarship, and his pioneering role in building legal institutions, particularly his critical and unsung role in the crafting of the 1992 Constitution and his contribution to the introduction and growth of ADR in Ghana, were remarkable.

Mr Godfred Yeboah Dame, Attorney-General and Minister expressed confidence in the extreme value the book would hold for the bench, bar and faculty on which the law and administration of justice rested.