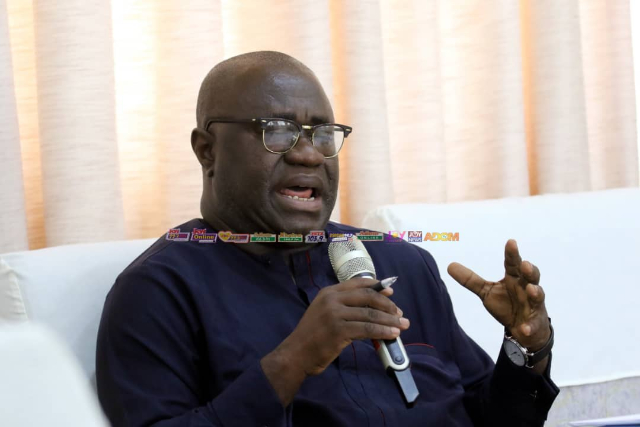 The Head of the Department of Research at the Kofi Annan International Peacekeeping Training Centre (KAIPTC), Dr Emmanuel Kwesi Aning, has asserted that Ghana is vulnerable to threats of terror attacks, despite assurances that the country is safe.

He attributed his claims to Ghana’s closeness to neighbouring countries which had recorded terrorist attacks, as well as its porous borders, the proliferation of arms, easy access to drugs, among other factors.

Dr Aning, who is also a security expert, made the assertion in a speech read on his behalf by the Deputy Head of Programme, Faculty of Academic Affairs and Research at KAIPTC, Mrs Agyeiwaa Lamptey, at a national forum on countering violent extremism in Accra yesterday.

The forum was on the theme: “Upholding religious freedom in countering violent extremism”.

Ghana, Dr Aning said, had often been described as a beacon of peace, stability and democracy in a region plagued by the activities of terrorists and extremist groups and, therefore, “Ghana must and should know that it is not immune to terror attacks”.

Although Ghana, he said, had not recorded any attack, “yet there are so many visible signs and traces of terrorism and the possibility of actual attacks has become part of private and public discourses”.

He said limited information on violent extremism put the country in a state of dilemma, while limited documents on violent cases in the country also created a false sense of stability.

According to him, the 25 Ghanaians who joined the terrorist group, the ISIS, had all been reported killed.

The security expert further said Ghana’s involvement in foreign interventions also exposed it to security threats and heightened its risk to attacks.

He said a survey conducted in 2014 and 2015 by the KAIPTC showed that there were about 2.3 million arms in the possession of individuals.

“These are tools of violence that radicalised or violent groups could use. Some local gun manufacturers are said to be capable of producing assault rifles, and this is also a serious area of concern,” he said.

Dr Aning said improvised explosive device materials, such as detonators, were also being trafficked from Ghana to neighbouring countries from a main sales point at Tudu, Accra.

The Head of the Political and Communications Unit at the British High Commission in Ghana, Mr Joseph Whittle, said upholding religious freedom was a complex exercise and, therefore, stressed the need for more stakeholder engagements on the matter.

Governments, he said, must also act to address extremism and issues of discriminating against people of different faiths and backgrounds.

For his part, a security and peacekeeping consultant, Colonel Festus Aboagye, said the incidence of terrorism and violent extremism was getting closer to Ghana’s borders and “we need to be careful; it may be waiting for the right time to rear its head”.

He, therefore, admonished Ghanaians to protect religious freedom, as enshrined in the 1992 Constitution, by accommodating and respecting one another’s rights.

“We must be careful about labelling people as Islamists, fundamentalists or jihadists. We must not lump all members of a certain faith together as violent people,” Colonel Aboagye added.