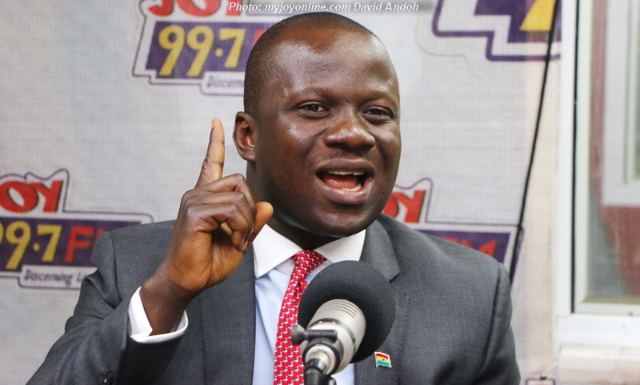 Agitating law students pushing for reforms in Ghana’s legal education have been urged to be measured in their expectations from President Addo Dankwa Akufo-Addo.

Deputy Chief of Staff, Abu Jinapor, said Monday evening that although the Executive power that the President wields is influential, the law of the country limits his ability to intervene in matters on legal education.

Thousands of law students on Monday afternoon took to the streets in protest against what they say was an archaic legal education system in Ghana.

The demonstration was also partly incited by recent massive failures recorded last month in the Ghana Law School entrance exams. Only 128 students passed the test that over 1,800 students took.

Students also say rules set by the General Legal Council, the administrators of law education in Ghana, forcing a student who failed three courses to re-sit the failed papers and even those they may have obtained good grades in are Draconian.

Monday’s demonstration with the hashtag #OpenUpLegalEducation, started earnestly at the Ghana Law School at Makola in Accra and ended at the Jubilee House where the protesters presented a petition to President Akufo-Addo.

Speaking on the protest, Mr Jinapor, who received the petition on behalf of the President, said while the President was a champion of the right to free speech and demonstrations, the law students must conduct themselves in a way consistent with the rule of law.

“We are very happy to listen to them whenever they are ready as the President has done in the past. He himself is a lawyer and very concerned and interested in the development of legal education in this country,” he told Top Story host, Evans Mensah.

Listen to more in the audio below.