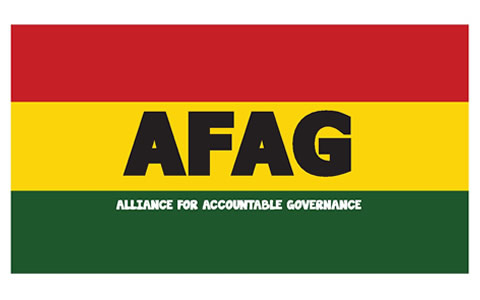 The Alliance for Accountable Governance (AFAG) says it was a "good decision" for the New Patriotic Party (NPP) to boycott the National Economic Forum.

"AFAG finds the decision as [a] well thought over and respectful to the role of NPP's minority representation in parliament", AFAG said in a press release on Wednesday.

According to the pressure group, the opposition NPP has constantly drawn the attention of the ruling National Democratic Congress to economic decisions that would hurt the macroeconomic fortunes of the country.

"In all instances, it fell on deaf ears. The NDC have always used a larger majority representation to push its party's set economic agenda without recourse to the constructive inputs of the minority [NPP]", says AFAG.

The NPP leadership opted out of a National Economic Forum which was aimed at, among other things, building a consensus on how to improve Ghana's troubled economy.

The forum which started on Tuesday May 13, 2014 ends Thursday.

Although some NPP bigwigs like Dr Nyaho Nyaho-Tamakloe and Mr. Kwame Pianim have denounced the party's boycott of the national event,  AFAG states the only way the NPP can influence economic policy management in opposition is through its work in parliament and not through an economic forum.

"If the NPP's contributions in a legally barked parliamentary forum is seen as meaningless to the NDC or best regarded as the usual critic, how on earth can its contribution at a non-legally mandated forum be taken any serious?" AFAG quizzed.

Also, AFAG indicated in the release that the reasons for the national economic forum was not been made clear by government from the onset.

AFAG asked: "Is it a case that the economy is broke or unmanageable by the NDC? Or is the case that government can now admit to the unimaginable high cost of living?"

"If the kitchen is too hot for President Mahama, the NDC have the option to step John Mahama aside to present a more achieving candidate for 2016 or Ghanaians can have the best option to vote them out."