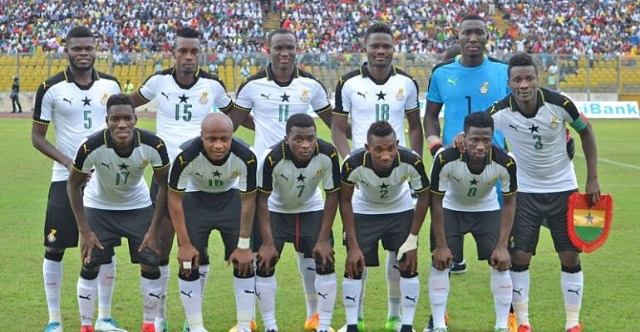 Black Stars Captain, Andre Ayew, is confident Ghana will dominate the Squirrels of Benin Tuesday in Egypt and go on to bring home this year’s Afcon trophy.

"I'm very confident because we are coming into the tournament with good preparations. I have confidence in my team and that doesn't mean we are underrating any team. We will work hard and get results match after match," he said Monday at a pre-match conference at the Ismailia Stadium.

The match is scheduled to kick off at 8 pm at the Ismailia Stadium after African Champions Cameroon play Guinea Bissau earlier on Tuesday.

Essrayri officiated a Ghana match during the 2018 World Cup qualifiers, the 1-1 draw against Congo in Kumasi.

The result effectively ended Ghana's chances of qualifying for Russia.

He will act as the centre referee for the game and he will be assisted by his compatriot Yamen Malloulchi who will be the Assistant Referee One.

Egyptian Ahmed Hossameldin Taha Ibrahim will be Assistant Two and his countryman Amin Mohamed Omar has been named as the fourth official.

General Coordinator for the match is Titus Haimbili Kunamuene from Namibia.

The match is scheduled to kick off at 8 pm at the Ismailia Stadium after African Champions Cameroon play Guinea Bissau earlier on Tuesday.

Black Stars Coach James Kwesi Appiah said at Monday’s presser at the Ismailia Stadium that he is confident about Ghana’s scoring ability ahead of their Africa Cup of Nations opening game against Benin on Tuesday.

The Black Stars, who are set to face the Squirrels in Group F, have been criticised for their lack of firepower upfront, having failed to find the back of the net in their two warm-up games.

"The scoreline in our two trial games are not that important. The most important thing is 'what have you done afterwards?" Appiah said at the pre-match conference on Monday.

"We have worked on that and hopefully we will see some goals. All the teams in our group are strong but the most important thing is preparing well to face them and that is what we have done.”

Benin returns to the Afcon finals for the first time since 2010, and while Appiah is confident of a win, he will not underestimate them.

"Modern football has changed and there is no way you can underrate any team," Appiah added.

“Every team is pushing but I believe in my players. I have full confidence in them and I know they will deliver.”