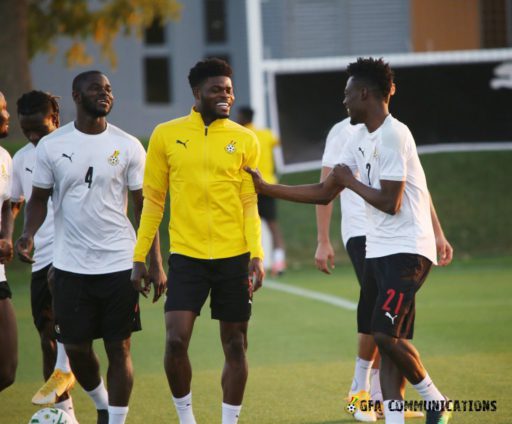 Head coach of the Black Stars, Milovan Rajevac has lamented about FIFA’s decision which permitted European clubs to keep hold of AFCON bound players till January 3, six days before kickoff of the competition.

The buildup to AFCON has been dominated by exchanges between CAF, FIFA and European clubs. The ECA, who are against the timing of the tournament, were unwilling to release their players citing an upsurge in the coronavirus pandemic as a reason.

FIFA president Gianni Infantino has also been vocal about the timing of the tournament suggesting for it to be pushed to the autumn. CAF have however been against another postponement of the tournament and insisted that the games will go on as scheduled.

After back and forth amongst the three parties, they finally reached an agreement for AFCON bound players in European Leagues to join their respective national teams on the third day of the new year.

The 24 participating teams, the Black Stars in principle, scheduled a 17-day training camp for the 30 invited players. But the decision of FIFA pulled plugs on plans of many of these nations and Milo reveals the Black Stars have suffered.

“Unfortunately this decision from FIFA to allow players to stay in their clubs in this period affected our plans for the preparation since most of the time we didn’t have many players to work with. Many training sessions we had 7 or 8 players and 3 goalkeepers so it’s very difficult to do some tactical work to prepare the team the way we planned in the beginning.

“Even today we had like 13 players and 4 goalkeepers. Tonight few of them will arrive so definitely it affected but it affected the other teams as well. So this was not a usual preparation for a big competition because usual preparation you have two weeks to work with the full team. This was totally different. Let’s hope that everything will be okay at the tournament. We’re gathering, we have a good atmosphere so let’s hope everything will be okay,” Milo said to the GFA.

The Black Stars will face Algeria on January 5 in an international friendly before kicking off their AFCON campaign versus Morocco on January 10.