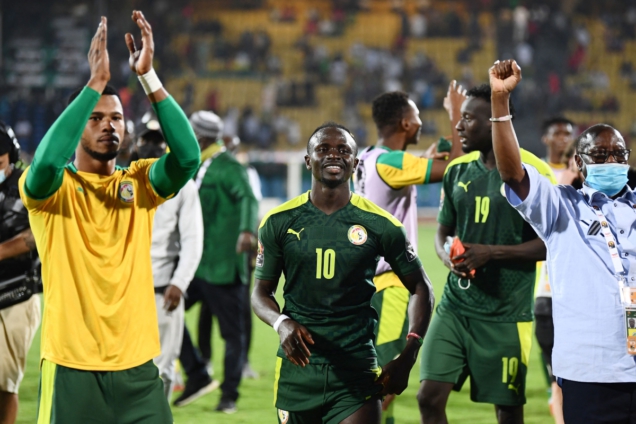 The Teranga Lions have found themselves in their second consecutive Africa Cup of Nations final, and the third overall in the nation’s history.

Of all the countries nicknamed Lions in this competition, the Terangas are the only alien breed left in Cameroon and on their second consecutive attempt, will surely not want to scavenge on consolatory prizes.

The Lions faced Algeria in 2019’s final and fell to a heartbreaking and disappointing 1-0 defeat. Led by Aliou Cisse and Sadio Mane, Senegal have overcome a shy start and are now ready to make another attempt at sealing their first title on the African stage.

Senegal enjoyed a relatively smooth sailing to the knockout stages of the 2019 AFCON, dropping points only to Algeria. They finished second in the group behind Algeria – who will eventually turn out champions in a Group C replay versus Senegal in the final.

Senegal scored the second most goals (5) in the group stages but were relatively barren in the knockout stages. In their run to the Cairo International Stadium for the final, Senegal managed to score only three goals in three games and where shut out by Algeria in the final.

Two (or rather three) years later, the Teranga Lions have flipped the performances of 2019. Drawn in Group B where they were the single powerhouse and expected to finish top – which they did, their table-topping feat was bereft of the ease which was anticipated.

Unexpected draws with Guinea and Malawi meant, Senegal dropped more points than they did in 2019’s group stages and whilst they were among the top scorers in 2019, Cisse’s side scored the least goals (1) in 2021’s group stages.

The streak for the Teranga Lions was sustained as they tore down opposition. Frankly, Senegal endured a tepid game versus Cape Verde but eventually roared to life in games versus Equatorial Guinea and Burkina Faso.

Unlike 2019, the Teranga Lions have racked up in the knockout stages, scoring eight times in three games. Despite the polarity in the performances, Senegal have maintained their resoluteness in defense, conceding only two goals – same as they did in 2019 – so far.

Sadio Mane, the pride male of the Terranga Lions

Senegal are studded with quality; Edouard Mendy, Kalidou Koulibably, Idrissa Gueye are just a few names which make this Senegal team fearsome. But one name: Mane, stands out.

This year, Senegal have done one better than their tally in 2019, scoring nine times in Cameroon. Only the hosts have netted more times than Cisse’s side.

Mane was Senegal’s top scorer in 2019 with three goals but he’s already equaled the tally with a game to spare. The Liverpool forward has contributed to 55.5% of Senegal’s nine goals in this year’s edition. Per Opta Stats, since his debut in 2015, Mane has been the most decisive player at the Africa Cup of Nations, contributing to more goals than any other player – 8 goals and 3 assists.

He is now Senegal’s all-time top scorer in the tournament with eight goals.

“Honestly you can see on my face how happy I am. Which is completely normal. I am really proud personally, very happy for myself, my teammates and the whole country, we played very well today. We knew the the beginning was not going to be easy, we expected this kind of game but we won,” a jubilant Mane said after Senegal’s place in the final was confirmed.

He assisted Gueye for Senegal’s second before coolly chipping the ball over Farid Ouedraogo to kill the game. Mane was chief to Senegal’s success in breaking down a stubborn Burkinabe side who won’t just lie, and it has been the case throughout the tournament.

His performances will surely have put smiles on the faces of Senegalese and legend, El Hadj Diouf has big priase.

“He was good today, he was good. We asked him to play good, to deliver assists or score and he’s doing it. I never have to think if Sadio will play good or not, I know he’s an amazing player and he’s going to make us happy.”

He’s served as a creator, goal scorer and an easy outlet for Senegal. Of all Senegal’s forwards, he has played the most minutes (720). He’s been an ultimate team player and has prioritized winning the AFCON title with Sudan over winning the award for the best player of the tournament.

“I possibly want to win the trophy and of course the best player,” he told JoySport’s Gary Al-Smith in the mixed zone after the semi-final.

Can Senegal achieve a first?

The Lions have warmed themselves into the tournament, stepping up in their performances as the tournament progresses but they will know bigger responsibilities lie ahead.

One of Cameroon or Egypt will join Senegal in the final and both teams present slightly similar, yet different opposition to the Teranga Lions. Vincent Aboubakar and Mohammed Salah will definitely be the names to look out for when either Cameroon or Egypt qualify to the tourney.

However unlike Cameroon, Senegal could be unsure what to expect should Egypt make it to the final. While Cameroon are very open and play expansive, free-flowing football, the Pharaohs have presented different styles in all games and cannot be identified with one in particular.

Also in the situation where Cameroon make it to the final and Aboubakar fails to turn up, Antonio Conceicao can count on Toko Ekambi to deliver for his side. The Lyon forward scored all two of Cameroon’s goals versus Gambia – even with Aboubakar on the field, and is right behind the menacing forward as Cameroon’s top goal scorers at the tournament.

However for a side who have already made it to two finals and been on the painful end of results on both occasions, there is a real hunger to change their fortunes.

“We are very close but we still have to work hard. We’ve been here [final] years ago and now we are here so we have to do everything possible to win it,” Mane said after the game.

“I hope so. We are never going to play the final before the day, we just have to enjoy today and make sure everyhting is alright. We just want to be ready for the big game on Sunday. We were happy but it is not craziness because we know this is the third final we are going to play, we are not overexcited, just happy for our country,” El Hadji Diouf said to the press.

If there is a man who wants it more than other Senegalese and even the players who actually play, then it will be Aliou Cisse. The Senegalese head coach who represented the national team as a player has been at the helm for 7 years but has had nothing to show for it yet.

Perhaps that disappointment and eagerness to bring to and end the disrespect is what will spur on this Senegalese team to win the nation’s first. Cisse has been at the forefront of the Senegal’s defeat on two separate occasions, as a footballer in 2002 and head coach in 2019.

“I think this man deserves everything. I think he’s the most criticized coach I’ve ever seen in my life but he never gives up, he trusts himself, his group and does his job. Today he’s made his story and should be rewarded with the cup,” Mane said.

“He’s done a very good job, just sometimes he’s not lucky but Aliou today showed he’s a very good coach. He needs every Senegalese by him,” Diouf said of Cisse.