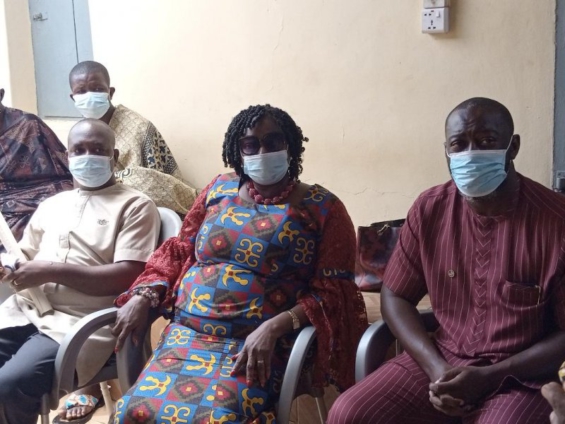 The government is finalising documentation to commence work on the construction of affordable housing project in the Ahafo Region, Dr (Mrs) Freda Prempeh, the Minister of State in-charge of Works and Housing has said.

She explained that the State Housing Company (SHC) had secured 250 acres of land at Duayaw-Nkwanta (100 acres), Tanoso (50 acres) and Yamfo (100 acres) in the Tano North Municipality and contracts would be awarded for work to begin by the close of the year.

The Minister expressed appreciation to the chiefs and people of the towns for releasing lands, saying the nationwide affordable housing project would help address the two million housing deficit in the country.

Dr (Mrs) Prempeh, also the Member of Parliament (MP) for Tano North Constituency, said this when she led a delegation from the SHC and paid courtesy calls on the Duayaw-Nkwanta and Yamfo Traditional Councils in the Region on Friday.

The Chiefs later led the delegation to inspect the lands earmarked for the projects in the two towns.
Dr (Mrs) Prempeh told the Traditional Council members that President Nana Addo Dankwa Akufo-Addo has declared 2021 as the year of infrastructure development, adding, contracts on many of the affordable housing projects would be awarded for work to begin this year.

This would greatly help the nation address her two million housing deficit and make housing affordable to public and civil servants, she added.

On his part, Mr Nicol explained that the housing projects would create direct and indirect jobs for the local people, saying most of the labour force would be engaged from the local communities.

He said economic activities in the areas would thrive because the SHC would ensure that contractors procure building and construction materials from dealers around the enclaves.

Nana Boakye Tromo III, the Paramount Chief of Duayaw-Nkwanta Traditional Area, said the traditional council released the land for the project last four years, and expressed the hope that the project would begin as soon as possible.

He praised government for the affordable housing project, and assured that the traditional council would support in facilitating the development of the nation.