Africa at the helm of advancement; Is Ghana and Africa ready to embrace Web 3? 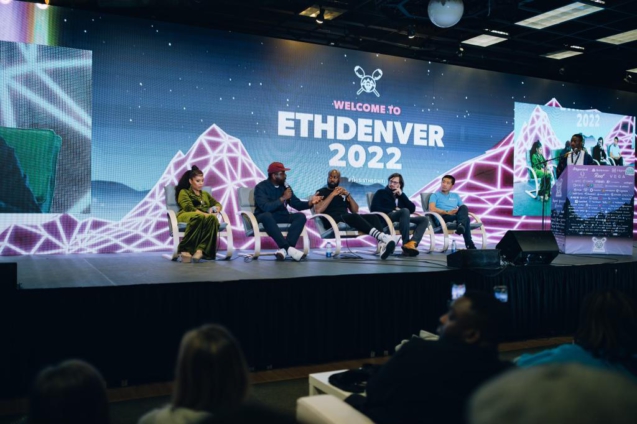 Since the dot-com bubble burst back in 2000,  the use of technology ever since has taken the spotlight in our very existence.

With lots of technological advances shaping the world today, conversations about web3 among technophiles and tech giants are underway to fully operationalise what is believed to be the next phase of the internet and, perhaps, of organizing society and Africa has not been left out.

Speaking in a panel discussion organized by Harmony One in collaboration with Eth Denver on Saturday, February 19, 2022, to open the conversation in Africa on Web3, chief executive officer and founder of Lili Smart City, Del Titus Bawuah, an entrepreneur in tech, sustainability and cultural impact in a statement indicated that Africa has a lot to offer the world, therefore, companies must seize the moment to invest in Africa.

According to him, while Africa ensures that it keeps an open mind in the influx of new technological advancement, Africa cannot be left out in this Web 3 innovation.

He added that Africa is not exporting poverty rather, a fertile ground for innovative opportunities and must be harnessed to its fullest.

He further admonished new Web 3 companies to take advantage of the ever-growing Africa, especially in times where Africa is emerging.

“Africa is not exporting poverty” and challenged new Web 3 companies to come to Africa to learn to understand and learn not to take advantage of us,” he said.

With a groundswell of technology firms such as Twitter, YouTube, and more flocking to develop on the ground, there are clear telling signs as to how the integration of a web 3 world imagined will serve as a final frontier to these efforts.

Africa as a continent remains the only continent with the majority of its population making up the youth bracket.

This positions Africa as the hub for innovation and growth in the future.

According to the co-founder of Rising Africa Kweku Mandela, chairman and president of the freedom project and trustee of the house of Mandela, the African continent is the future of humanity and, it is high time the rest of the world took a keen interest to familiarize themselves with Africa since it has a lot of untapped opportunities to offer the world.

Meanwhile, the conversation to invest in web3 has officially started with some implementation of investing in the future not just within technology, but also within its people.

Speaking on the panel, the founder of the Geoanalytics Center, Eduard Peris Deprez, as well indicated that with over 2000 languages spoken in Africa, the DAO aim can only be achieved in Africa.

Technologists and journalists have also described Web3 as “the immersive web” a possible solution to concerns about the over-centralization of the web in a few “Big Tech” companies.

According to Sierra Leonean humanitarian, Keynote speaker, producer, and founder of Sierra Leone Rising, Princess Sarah Culberson, it is imperative to train young people on the use of blockchain and the need for blockchain, especially in Africa.

Even though it is new, the introduction of web3 and blockchain innovation will help many generations and would alleviate the process of going through the bank system, enable people to access loans, create businesses, and do a lot more with blockchain.

Web3 refers to a decentralized online ecosystem based on the blockchain.

This indicates that platforms and apps built on Web3 won’t be owned by a central gatekeeper, but rather by users, who will earn their ownership stake by helping to develop and maintain those services.

The panel discussion brought together experts in the tech world to discuss the possibilities of Web3 with Africa in focus.

Conforming to the company’s vision and mission for Web3, Harmony is looking forward to scaling up trust by creating a radically fair economy, while bringing the best results of Zero-Knowledge Proofs to production and decentralizing governance through thousands of DAOs.

Harmony in conjunction with Del Titus Bawuah is working towards setting up the first DAO in Ghana later this year.

The event saw the likes of Del Titus Bawuah, founder of Lili Smart City,Stephen Tse, founder of Harmony, Kweku Mandela Amuah, co-founder of Rising Africa as well as Princess Sarah Culberson discuss the future and readiness of Africa in a tech-driven world.

In all of this, the question as to whether Ghana and Africa are ready for this great leap supposed to break the world free of monopolistic control remains a mystery.

DISCLAIMER: The Views, Comments, Opinions, Contributions and Statements made by Readers and Contributors on this platform do not necessarily represent the views or policy of Multimedia Group Limited.
Tags:
Web3