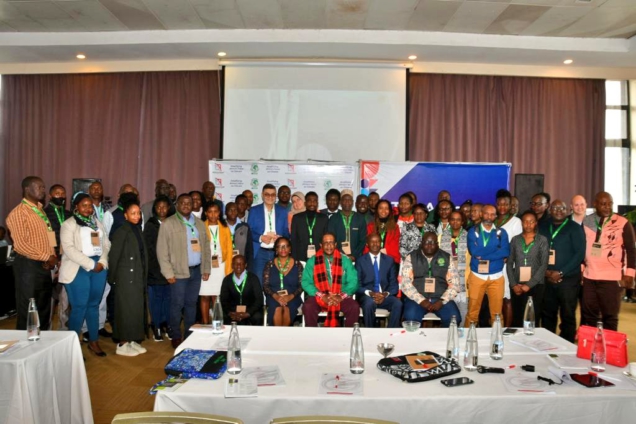 In November and December 2022, the world would gather, once again, in Egypt for yet another round of climate change negotiations.

The 27th Conference of Parties (COP27) of the UN Framework Convention on Climate Change (UNFCCC) has been dubbed the “African COP”, with the hope that the critical concerns of the continent on the phenomenon of climate change will be prioritized at the talks.

Already, the last conference in Glasgow (COP26) could not meet the aspirations of Africa, especially in delivering aspirations in climate adaptation finance and recognizing the special needs and circumstances of Africa.

“The Special Needs and Circumstances for Africa must be recognized, not because Africa is special but because Africa is the most climate vulnerable and science agrees to that,” says Keriako Tobiko, Kenya’s Environment and forest Cabinet Secretary.

This interest is emphasized by the Chair of the African Group of Negotiators (AGN), Ephraim Mwepya Shitima, who says the first priority at COP27 should be on the special needs and circumstances of Africa.

For him, the Conference should move away from ‘business as usual’ because Africa “cannot afford to be academic about the needs of Africa at COP27”.

The climate crisis is impactful on the continent, yet the African voice on the global climate negotiations continues to be low.

For the continent to be heard, Mr. Tobiko expects scientists, political leaders, media and other interest groups to work together.

He observed the agenda for COP27 will not be achieved “unless we plan ourselves and work together, strategize and speak in one voice”.

Although Africa is responsible for only 0.5% of historical emissions and less than 4% of global greenhouse gas emissions, studies show that the continent is considered the most vulnerable to the impacts of climate change.

Floods and droughts, the main drivers of climate change in Africa, have increased, at times causing conflicts among different communities across the continent. These phenomena have destroyed millions of lives and livelihoods especially among smallholder farmers on the continent.

Media plays an important role in understanding and acting on climate issues. However, majority of journalists in Africa lack capacity and resources to report on climate change.

The Africa Climate Story Media Initiative (ACSMI) has been launched in Nairobi, Kenya, with the aims of bridging this gap by providing support and enhancing capacity for journalists to consistently tell Africa’s climate story through an African lens, building in experiences and voices from communities affected by the climate crisis.

“The goal will be to amplify Africa’s voice on climate ahead of the UN climate summit COP 27 in Egypt and beyond,” said veteran journalist, Joseph Warungu, whose organization, AfricaonAir, is partnering the Pan African Media Alliance for Climate Change (PAMACC) to implement the initiative.

PAMACC Coordinator, Isaiah Esipisu, said under the initiative, “journalists will submit pitches for stories whose quality will be assessed and selected for support to develop and publish through an editorial review process”.

As part of the launch of the ACSMI, selected African journalists and experts have been meeting in Nairobi to help shape their skills and collaboration in telling the Africa climate story.