Africa Cup for Club Champions: Hockey tournament set for an all Egyptian final on Nov. 30 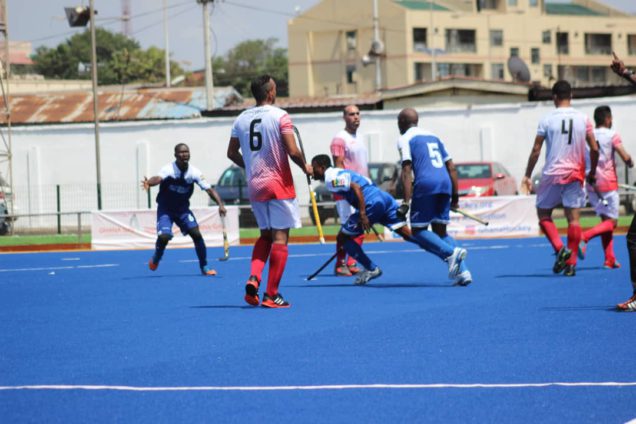 The Africa Cup for Club Champions Hockey tournament is nearing its conclusion as four teams battle it out in the final on Day 6.

The first semi-final match was between Kada Stars from Nigeria and Zamalek from Egypt.

After taking a two-goal lead, the Nigerian side thought they already had a foot in the final but Zamalek, who showed character, left it all in the fourth quarter.

They came from behind to draw level to take the game into penalties which they later won to book their place in the final.

The two teams looking to join Zamalek in the final were Eastern Company and Tairat, who are both from Egypt.

Both sides were competitive, with a spot in the final up for grabs. Eastern Company opened the scoring early in the first quarter, but Tairat equalized and doubled their lead.

The game became more fascinating after Eastern Company got their equalizer in the 46th minute, but Tairat proved to be stronger after a well-worked team goal gave them a late win to see them book a place in the final with Zamalek.

Zamalek and Tairat will battle it out in all Egyptian finals while Kada Stars and Eastern Company face each other in the Bronze medal.

The finals will take place on November 30 at the Theodosia Okoh hockey pitch in Accra.

GRA and Delta Queens will go head-to-head in the Gold medal match in the women’s division, while Plateau Queens and Ghana Police also battle it out in the Bronze medal match.

DISCLAIMER: The Views, Comments, Opinions, Contributions and Statements made by Readers and Contributors on this platform do not necessarily represent the views or policy of Multimedia Group Limited.
Tags:
Africa Cup for Club Champions
Kada Stars
zamalek