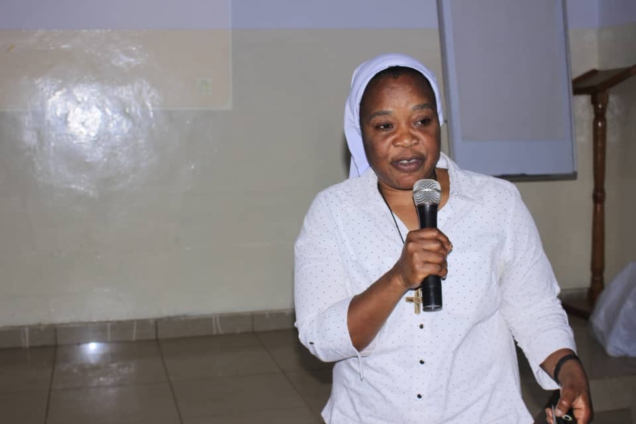 The issue of child marriage continues to be a huge challenge hampering development in the five regions of the north. Over the years, government and non-governmental organizations have been working to reduce the occurrence of the practice to a minimal level, however it continues to persist.

28 years old Abena Naana [not her real name] is one of such victims of child marriage.

She was forced into an early marriage at the age of 12 to a man old enough to be her father. She was then in Class four. Her father had threatened to kill her if she refused the marriage.

Naana said at that point she had no option but to allow them send her to her husband’s house. She added that by 14 years she had had her first child and by 22, her fifth.

Her husband passed on after her fifth child leaving her with nothing to take care of the children.

Naana believes had it not been her early marriage she could have stayed in school and achieved more for herself.

Like many child brides, Naana was left to wallow in poverty after dropping out of school and not learning a trade.

Thankfully, the Africa Faith and Justice Network (AFJN) came to her aid as well as many other young girls in her situation.

Dr. Rejoice Enyonam Hoedoafia, Superior of Sisters of Devine Love and Mercy in Tamale and Lecturer at the Department of Clinical Psychology of the School of Medicine at the University of Development Studies, said the Northern Region and the Upper East continue to record the most cases of child marriages.

According to her, a survey conducted in 2018 revealed that 28 per cent of child marriages recorded were in these two regions.

Sister Enyonam said she has personally encountered young people who have been abused and violated by their own families.

She added that in the context of the Northern Region, it was important that the issue of child marriage is relooked at.

The Africa Faith and Justice Network is an organization run by Catholic nuns across six African countries, including Ghana, that tackle issues affecting women and children, particularly violence against women and children, early and forced child marriages among others.

DISCLAIMER: The Views, Comments, Opinions, Contributions and Statements made by Readers and Contributors on this platform do not necessarily represent the views or policy of Multimedia Group Limited.
Tags:
Africa Faith and Justice Network
Child marriages