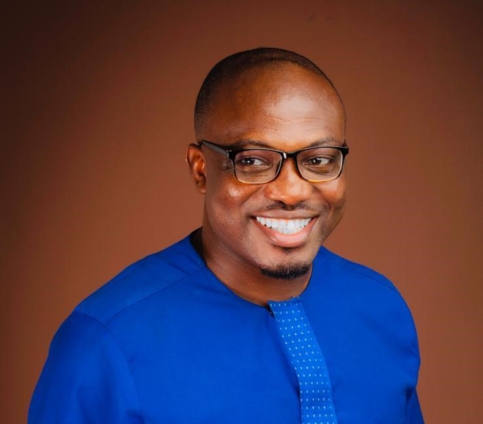 In a bid to create a platform to showcase Africa’s diverse acting talent to the entire continent and the rest of the world, the Africa Monologue Challenge was launched in Accra.

The Africa Monologue Challenge is an initiative of casting company, MK Casting credited with award-winning projects such as Beasts of No Nation, Black Earth Rising, Azali, Treadstone, Borga, Aloe Vera, Terminus and many more.

In an interview with the CEO of M.K Casting, Mr. Mawuko Kuadzi he revealed that there is a growing interest in Hollywood and other international film industries for talents in the African film industry and as such pragmatic steps must be taken to meet that demand.

“The demand for African acting potentials is growing and must be explored. The Africa Monologue Challenge is designed to match the standard of performances in Hollywood with existing or emerging African talents and position them strategically for global roles.

The project is supported by the Africa Chamber of Content Producers; a body set up to spark a movement of change by rethinking, redesigning and rebranding Africa’s outlook through the deliberate creation of positive and responsible content to change the narrative of Africa.

Other partners include, The National Film Authority of Ghana; An Authority set up by the Government of Ghana under Act 935 to regulate and streamline the ecosystem of film in Ghana.

The partners recognize that film is an important vehicle for socio-cultural and economic development in Africa and are poised to use The Africa Monologue Challenge as a vehicle to unearth new acting talents whiles projecting the existing acts in Africa.

To ensure talents in Africa (actors and actresses) are visible to casting directors, producers and directors globally, we have officially launched the Africa Monologue Challenge with judges from selected African Countries, Europe and Hollywood”, he stated.

The project is expected to run for a period of eight months online, the grand finale will be held in Accra Ghana on the 10th of December 2022 with 10 finalists.

According to the organizers, the panel of judges will consist of nine industry professionals consisting of casting directors, directors and producers from Ghana, Nigeria, South Africa, Uganda, Morocco, Germany, United States of America and the United Kingdom.

As a joint initiative, with collaboration from the African Chamber of Content Producers and the National Film Authority of Ghana, the project is open to all Africans and Africans in the Diaspora devoid of gender, color, sexual orientation, religion or age.

Speaking to the President of the African Chamber of Content Producers, Mr. Dwomoh-Doyen Benjamin, he revealed that their organization is ready to support initiatives that will unite the different sectors of the African economy.

He stated that following the recent UNESCO report on the trend, challenges and opportunities for growth in the African Film Industry, various organizations have heeded the call to develop modules and projects that will create opportunities for growth in the African film sector. According to the UNESCO report, about 5 million people currently work in the film sector in Africa, which contributes $5 billion to the continent’s GDP.

“The UNESCO report reveals that the industry is booming and could create 20 million jobs and generate $20 billion in revenues per year. And yet Africa’s potential as a film production hotspot remains largely untapped. The establishment of the Africa Continental Free Trade Area also provides an avenue for African creatives to provide their services across the continent without borders.  This is a healthy Challenge among African creatives around the world. We expect it to create enough buzz and publicity around the world to be able to sell all the participants even before the competition ends, whiles realizing the UNESCO projections”, he said.

The competition will be opened to all Africans around the world from 18th April 2022 with lots of exciting packages and rewards for participants and winners. Visit www.africamonologue.com for registration and more details.

DISCLAIMER: The Views, Comments, Opinions, Contributions and Statements made by Readers and Contributors on this platform do not necessarily represent the views or policy of Multimedia Group Limited.
Tags:
Africa Monologue Challenge