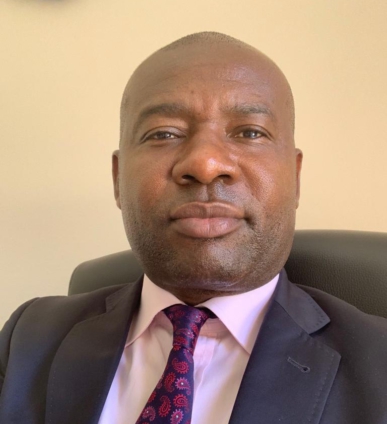 The Chief Operating Officer (COO) of the Afrexim Bank, West Africa, Eric Intong has underscored the need for African countries to introduce a common currency on the continent as against the use of the dollar.

This, he argues will help check exchange rate depreciation on the continent.

Speaking at the University of Professional Studies, Accra (UPSA) Law School, Africa Trade Round Table 5, Mr. Intong warned that the implementation of the African Continental Free Trade Agreement (AfCFTA) will face serious challenges if a common currency is not introduced to facilitate trade.

He stressed that the inability of African countries to develop a common currency to trade with, adds more cost to moving goods on the continent.

“Today if I am sitting in Nigeria, and if I want to buy something from Ghana, why should I be paying in dollars? It doesn’t make sense,” he said.

“If we stop paying for African trade in dollars that is going to reduce the pressure on our currencies. We have made that estimate and it is at $5 billion annually. This will even be more, once we start operating the data from the Pan-African Payment and Settlement System (PAPSS)”, he said.

Mr. Intong maintained that African countries have the opportunity to learn from best practices across the world.

On his part, the Dean of UPSA Law School, Prof. Ernest Kofi Abotsi called for more financing to make the implementation of the AfCFTA a success.

According to him, trade among African countries will still be low if measures are not put in place to finance movements of goods and people on the continent.

He argued that it is important to get organizations such as the Afrexim Bank and the African Development Bank to advance funding to businesses on the continent through government to make the AfCFTA effective.

“West Africa has seen grandiose projects that went nowhere. And part of the reason they went nowhere is because policies go nowhere in the absence of financing” he said.

“The AfCFTA, frankly is going nowhere in the absence of trade finance. If you don’t have trade financing, there’s no trade, period!”.

Citing Europe as an example, Prof. Abotsi said with effective infrastructural project, African countries can be easily linked to ease the movement of people and goods.

“The reason why people move easily in Europe is because of trade, the political integration of Europe is to allow similar businesses in Europe to interact”.

“In Europe, people wake up in the morning, they are moving flowers from Holland to England. They don’t have to worry so much about so many border bureaucracy issues. It all has to do with similar trades. Now you can’t indulge in trade in the absence of proper financing”.