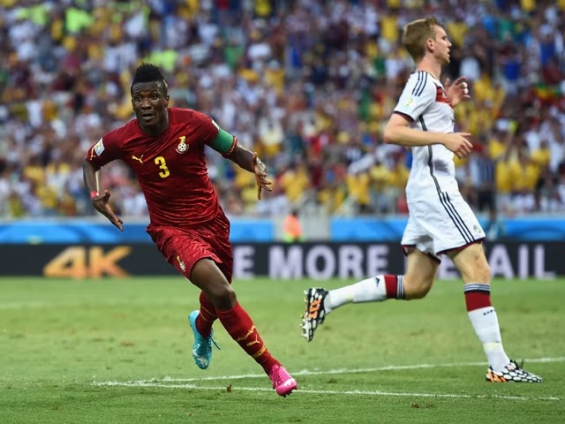 Former Black Stars captain, Asamoah Gyan, is not confident an African country will win the World Cup, till the continent makes intentional efforts to break the jinx.

Gyan, who has featured in all three of Ghana’s World Cup campaigns so far, is unsure when an African country will win football’s biggest trophy. The farthest an African country has reached at the Mundial is the quarter-final round; Cameroon in 1990, Senegal in 2002 and Ghana with Gyan in 2010.

Gyan suggests the quarter-final has been Africa’s long-standing boundary simply because there’s no calculated attempt from the continent.

“We have to make sure we plan ahead, I think that is our problem. There are some countries that plan years ahead – let’s say ‘in 10 years we have to win the World Cup’. So it’s a plan people take, and that’s why I’m saying it’s a process.

“I’m sure an African country will win it one-day, but I don’t know when,” Gyan said in an interview.

The African build-up to this year’s showdown in Qatar has been one of many headlines, with Morocco sacking head coach, Vahid Halilhodzic, in August. Meanwhile, Samuel Eto’o on a tour of Ghana – as part of ambassadorial duties for Qatar’s Legacy ambition, expressed with confidence that an African country was one-day going to win the World Cup.

Ghana FA president, Kurt Okraku and sports minister, Hon. Mustapha Ussif, have been more specific. On the trophy’s stop in Ghana during its world tour, the FA president and minister for sports were both emphatic about Ghana’s 2022 World Cup chances, indicating the country will win the tournament.

Gyan, who is Africa’s top scorer at the World Cup, shares in their optimism, and has fond memories of the Ghana’s first-ever campaign.

“As an African, that is my prayer, I want an African country to also win it, that is what every African is hoping for [but] it depends how the teams approach the tournament. I remember in 2006, Czech Republic was number 3 in the World, United States, number 5 and then there was Germany and Italy. So we[Ghana] were underdogs, everyone thought we were going home.

“But we were able to get through to the next stage of the competition. When you are going to a tournament, how you approach it matters, not the kind of players you have. Definitely, statistically, there are favorites, but you have to go and see what happens.”

Meanwhile, Gyan, 36, has shared his desire of making a return with the Black Stars ahead of this year’s edition in Qatar, a wish many Ghanaian faithful are against, since he has been out of professional football for close to a year.

DISCLAIMER: The Views, Comments, Opinions, Contributions and Statements made by Readers and Contributors on this platform do not necessarily represent the views or policy of Multimedia Group Limited.
Tags:
Asamoah Gyan
World Cup