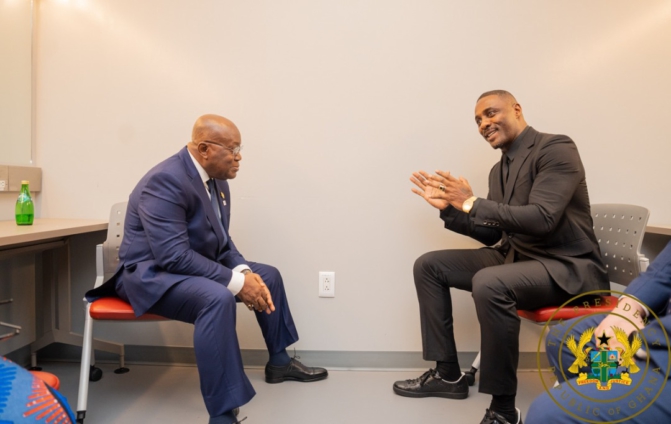 Africa Prosperity Network (APN), organisers of the ‘Kwahu Summit’ showed up in Washington DC, to promote the much-awaited event.

The Summit brings Africa’s political and business leaders together to work on the all-important single market project for the continent.

Organisers of the Africa Prosperity Dialogues dubbed the Kwahu Summit, interacted with invited African leaders at the US-Africa Leaders Summit, which took place at the Walter Washington Convention Center from Tuesday 13 to Thursday 15 December 2022.

The maiden edition of the annual “Kwahu Summit” takes place in Ghana from Thursday 26 to Saturday 28 January 2023.

It is being organised by APN and its partners, which include the Africa Continental Free Trade Area (AfCFTA) Secretariat, Ghana Presidency (the host nation of AfCFTA), the United Nations Development Programme (Africa), the Africa Prosperity Fund, the Ghana Investments Promotion Centre (GIPC), and the Africa-America Institute.

“It was an important platform for us, having all of the leaders in one space with a little over a month to the Kwahu Summit. It was important to reaffirm their commitment to the Africa Prosperity Dialogues.

“They are looking forward to this unique opportunity to have our business champions brainstorming with our heads of state and other decision-makers on how to prioritise the single market project for our 1.3 billion people,” said Yofi Grant, the CEO of GIPC and a member of the organising team.

For Dr Nkiru Balonwu, director of APN, “it was also significant for us to secure the strong interest of the African-American business leadership, as well. As President Akufo-Addo told the gathering of global African business leaders in Washington, Africa’s prosperity must deliberately involve the direct commitments and contributions from the African diaspora.” 2

As part of the promotional efforts by APN, its officials also participated in the Africa Soft Power (ASP)conference, organised alongside the US-Africa Leaders Summit.

ASP is focused on harnessing the continent’s creative, cultural, and knowledge industries to propel itself forward, while championing the inclusion of African & diasporan voices, in global discourse.

Ultimately, ASP seeks to showcase the continent and what its unique perspective can bring to the modern global economy at large.

The ASP conference held at the conference room of National Geographic in Washington DC brought together African business leaders in the US and across the African continent.

APN’s message was presented in the strongest terms, urging participants to plan their participation forthwith.

The Kwahu Summit will be a platform where African leaders from diverse areas of national endeavour will gather each year to expedite the implementation of the agreed initiatives within the AfCFTA and shape the Africa Agenda for Action.

The Summit will bring into practical focus the continent’s critical challenges and industrialisation priorities and advance aggressively the commercial and infrastructural interventions to achieve the vision of an Africa Beyond Aid.

Global geopolitical issues in recent times have, yet again, exposed Africa’s over-reliance on the global supply chain, on natural resources export, and the imperative for Africa to seriously consider how to cushion itself against future economic shocks.

The combined effects of Covid-19, the oil price war between Saudi Arabia and Russia in 2020 and the recent Ukraine-Russia war have seen a fall in commodity prices and the temporary breakdown of the global supply chain.

The Africa Prosperity Dialogues will focus on developing transnational stewardship of a common platform while also acknowledging the realities of instituting a common trade initiative.

The Africa Prosperity Dialogues which will be part of the summit will provide a dedicated platform for business and political leaders to think, plan and work together, with greater urgency, for the success of building the 3

Hannah Awuku, the Executive Secretary of APN, explained the maiden event. “The two-part Summit will feature the Intra-Africa Trade Forum, a retreat for business executives and associations, senior public figures, thought leaders and technocrats, on 26th and 27th January, culminating in high-level discussions between Heads of State and business leaders on Saturday, 28th January 2023,” she said.

Nana Addo Dankwa Akufo-Addo, the President of the Republic of Ghana will be joined by many of his colleagues, from across the 8 regional blocs of Africa, including Presidents of Senegal, South Africa, Tanzania, Kenya, Egypt, Rwanda, Togo, Cote d’Ivoire, DRC, Mozambique, and Angola for the summit.

The great industrialists, economists, bankers, and other business gurus in Africa will also be there.

DISCLAIMER: The Views, Comments, Opinions, Contributions and Statements made by Readers and Contributors on this platform do not necessarily represent the views or policy of Multimedia Group Limited.
Tags:
Africa Prosperity Network (APN)
Kwahu Summit