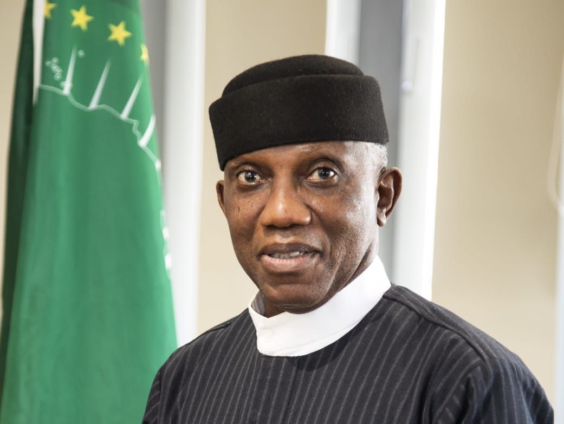 The Nigerian Ambassador Bankole Adeoye has been annoyed for several weeks by the lack of work of his main collaborators within the Peace and Security Council of the African Union.

He made this known in a letter sent on September 5.

The atmosphere is electric within the Office of the Commissioner for Political Affairs, Peace and Security of the African Union (AU).

For several weeks now, Nigerian Bankole Adeoye has found it difficult to contain his annoyance with certain directors and heads of departments.

For several weeks now, Nigeria’s Bankole Adeoye has found it difficult to contain his annoyance with certain directors and heads of department, notably from South Africa, Namibia and Algeria, who are still loyal to the former PSC, the Algerian Smail Chergui.

He blames them for a “lack of cooperation in the preparation of the Peace and Security Council (PSC) sessions”.

These recriminations were the subject of a very direct official letter written on 5 September and circulated to all staff under the responsibility of Bankole Adeoye.

The three-page document, which Africa Intelligence has seen, is entitled “Working documents for the peace and security council processes”.

It refers to the threat of “managerial consequences” if the department’s officials continue to disregard the rules and do not make themselves more available for preparatory work.

The second page is also entirely devoted to the elements that the commissioner now wants to be systematically included in all concept notes, briefings and reports that go to him and to the chairperson of the AU commission, Moussa Faki Mahamat.

After serving as Nigeria’s ambassador to Ethiopia with jurisdiction over the AU, Bankole Adeoye was elected by all 55 members of the institution – an almost unheard-of occurrence in the history of the AU – at the February 2021 heads of state conference in Addis Ababa.

Before that, he was for a long time a member of the New Partnership for Africa’s Development (NEPAD) in South Africa, where he was chief of staff to the Secretary-General, Ibrahim Assane Mayaki, whose last term ended a few months ago.

For a while, Adeoye was even considered a favourite to take over the leadership of NEPAD, before finally being sent to Addis Ababa to represent Nigeria in 2018.

DISCLAIMER: The Views, Comments, Opinions, Contributions and Statements made by Readers and Contributors on this platform do not necessarily represent the views or policy of Multimedia Group Limited.
Tags:
African Union
Bankole Adeoye
Peace and Security Council