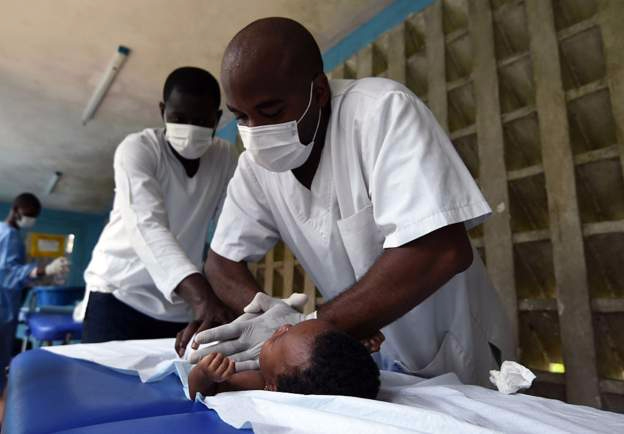 Nearly a million children a year are dying from pneumonia, even though it can be treated with antibiotics costing less than half-a-dollar, the air organisation, Save the Children says in a new report.

Describing the disease as "the forgotten child killer", it says that pneumonia is responsible for the deaths of more children under five than any other disease and sub-Saharan Africa is making the slowest progress in reducing fatalities.

Nigeria, DR Congo, Ethiopia and Angola have the world's highest number of deaths of children under five from pneumonia, along with India and Pakistan.

The vast majority are under two, many with their immune systems so weakened by malnutrition that they cannot fight back, the report adds.

Save the Children is calling for a summit of world leaders to address the pneumonia problem.

It also wants cheaper vaccines, greater access to drugs and life-saving oxygen, and for more than 160 million children around the world to be immunised against the disease.