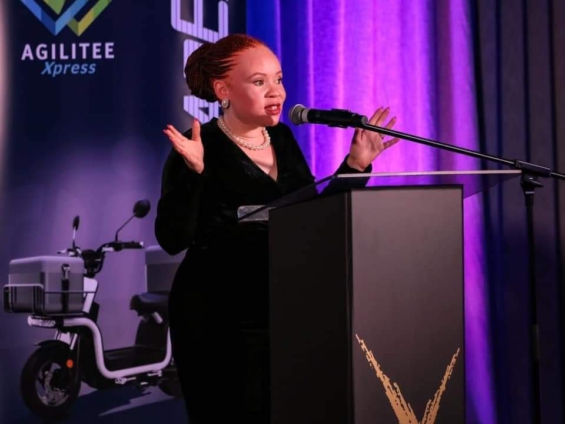 One of Africa’s leader in electric vehicles and green technology – Agilitee has appointed the first female as Chief Executive Officer.

Bonisile Roberts whose appointment takes effect from May 23, takes over from Dr Mandla Lamba who is the founder. He resigned from his post to remain as the Chairman of the Board.

This, sure, is good news for the Africa Tech Industry which is at a developing stage.

African countries like Zambia and the Democratic Republic of Congo, are two countries capable of producing Copper globally.

A recent Memorandum of Understanding between the two countries aiming at positioning the two country’s for the production of electric vehicle-EV batteries means a lot of opportunities are coming into the space.

CEO Agilitee Africa, Ms Roberts first task, perhaps, is spearheading the imminent arrival of the company in Zimbabwe to explore the opportunities therein.

At her appointment, Ms. Roberts highlighted her advocacy for women empowerment in this industry dominated by men.

She added that her tenure will strive to promote youth inclusion in senior management positions to drive innovation and dynamism in business.

Agilitee founder and board chair, Dr. Mandla Lamba said he is confident that the appointment of Ms. Roberts will continue to drive the company strategy to expand operational footprint, grow revenue, and generate positive cash from operations including the imminent EV battery manufacturing and EV cars assembly plants in Zambia.

He adds that this appointment serves as a testament to bridging the gender disparity gap in the corporate world, it also amplifies Agilitee’s intentions on seeing women in the driver’s seat of corporations that will play a big role in the setting of the foundations of the new world.