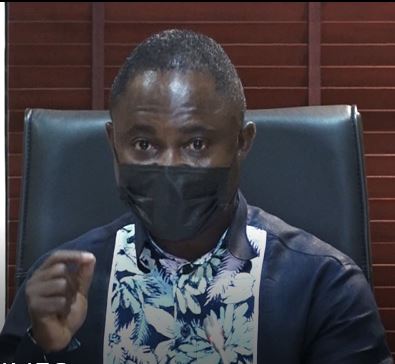 Ranking Member on the Health Committee in Parliament, Kwabena Mintah Akandoh says the Minority will push for further investigations into how government allegedly spent GH¢636million on Agenda 111 before its launch.

According to him, despite the Presidential Advisor on Health, Dr Anthony Nsiah Asare, stating that no amount of money has been spent on the project, the government has not provided any proof to back the statement.

Speaking on TopStory on Wednesday, Mr Akandoh said that even though the Health Committee in Parliament has requested documents on Agenda 111, not a single detail has been given to the committee.

“So it is something they are cooking to do their own things and we will not allow that to happen. How can you start a project and before the commencement of the project you have spent GH¢636 million? When asked you say you think it is not true.”

“We will follow it to the logical conclusion. We will find out where this money is and what they have used this money for. We will never allow this thing to go under the carpet. We will move another investigation into this issue,” he told host, Ernest Manu.

He stated that if the Minority has to invite the Finance Minister and the Health Minister to respond to questions on Agenda 111, that will be done.

However, after the launch, the Minority in a statement noted that Agenda 111 has already been backed with over GH¢600 million despite being launched on Tuesday, August 17, 2021.

In a press statement, they added that as captured in the 2021 mid-year budget review, GH¢36 million was released for the payment of consultancy fees, design, project management and coordination.

“The Minority is of the view that government has some explaining to do on how it spent GH₵636 million as detailed in Appendix 4D and 4E of the 2021 mid-year budget review. Per the appendices, some GH₵36 million has been spent on project designs, consultants and coordinators this year, however, the sum of GH₵600 million released and utilised in 2020 has no details whatsoever.”

“It is, therefore, necessary that government explains the purpose for which it applied the GH₵600 million as indicated in the 2021 mid-year budget review,’ parts of the statement read.

However, speaking at a press conference on Wednesday Presidential Advisor Dr Anthony Nsiah Asare denied that such amount of money had been spent.

He added that the procurement processes were followed strictly to ensure transparency.

But, Mr Akandoh said on Top Story that the government has woefully failed to explain the procurement process among others and how they selected the contractors for the project.

This among others, he said leaves the Minority to question the transparency of the contract.

“What procurement processes did they follow? They are just all over handpicking contractors for this project. They are supposed to tell us the processes they followed to arrive at these contractors they have selected.”

DISCLAIMER: The Views, Comments, Opinions, Contributions and Statements made by Readers and Contributors on this platform do not necessarily represent the views or policy of Multimedia Group Limited.
Tags:
Agenda 111
Kwabena Mintah Akandoh
Minority in Parliament