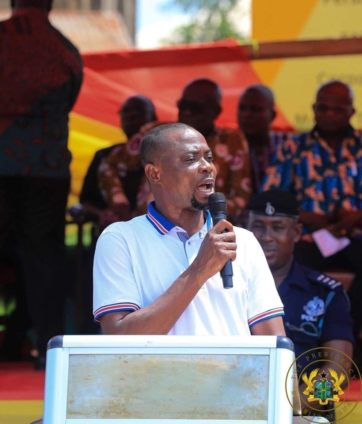 The Ahafo Region Minister, Evans Opoku-Bobie has called for a military base to help stop the uncontrolled recurring of political violence in the region, as the December 7, election approaches.

He noted the establishment of the military base at a strategic location in the region was to support the police handle security situation and pleaded with the Ministry of Interior and National Security to consider his proposal.

Mr Opoku-Bobie made the call in a speech read on his behalf at the inauguration of the Ahafo Regional Peace Council held at Goaso, the regional capital.

The 13-member Council is made up of representatives from the Catholic Bishop Conference, Ghana Pentecostal Council, Regional House of Chiefs, Ahafo Regional Coordinating Council and the Muslim community.

Mr Opoku-Bobie said peace is a critical development requirement, which was needed by the region for its development and called particularly on the leaders of the NPP and the NDC to show true commitment towards the peace of the region by stopping what he described as a “needless political game of violence equalization and polarization for power in the hotspot areas of the region”.

The burden of political violence in the region, Mr Opoku-Bobie explained was already being felt at the various flash points in the district and municipalities of the region, saying a total of GHC427,050.79 was spent by the affected district Assemblies as at mid-August this year.

About 31 per cent of the amount was an emergency crisis response, mainly on political-related violence in connection with the Election 2020, the regional minister stated.

As the December 7, polls gather momentum, Mr Opoku-Bobie also appealed for concerted efforts among all stakeholders for upholding and defending the prevailing peace in the region.

“We must not allow our renewed commitment to eradicate Election violence to produce same recurrent old results, where thugs are used to intimidate and brutalize other citizens for the interest of some politicians”, he added.

The Mamponghemaa, and a Board Member of the NPC, Nana Dufie I who inaugurated the Council called on the members to offer selfless service towards strengthening the prevailing peace of the region.

Justice Charles K. Acheampong, a Circuit Court Judge took the Council through the oaths of office, allegiance and secrecy.