Ahanta West MP discharged from hospital; nothing wrong if he is wheeled into Parliament to work - Egyapa Mercer - MyJoyOnline.com

Ahanta West MP discharged from hospital; nothing wrong if he is wheeled into Parliament to work – Egyapa Mercer 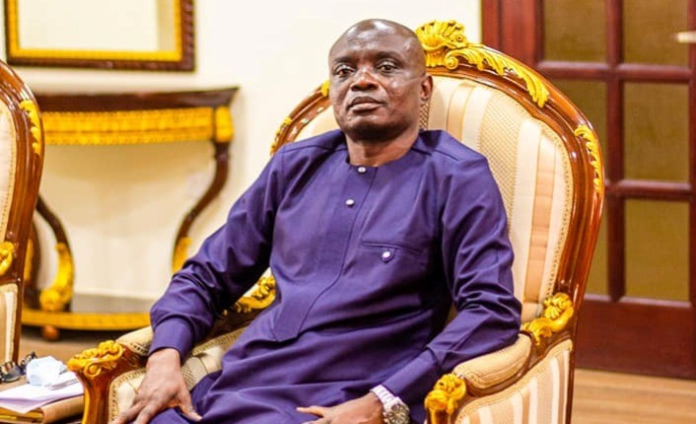 Sekondi MP Andrew Egyapa Mercer says there is nothing wrong with having his Ahanta West colleague, Ebenezer Kojo Kum, in the House to conduct parliamentary business.

Mr Kum is reported to have suffered a stroke thus, was hospitalised.

However, he was wheeled to Parliament on Tuesday to participate in proceedings for the passage of the E-levy-Bill.

JoyNews/AdomNews · E-Levy: Ahanta West MP discharged, nothing wrong if he is wheeled into Parliament – Egyapa Mercer

This became necessary because Finance Minister, Ken Ofori-Atta returned to Parliament to push for the passage of the Electronic Transactions (E-Levy) Bill.

Both sides of the House have rallied their numbers to ensure that they push forward their interests. Hence, Mr. Kum’s presence was crucial in securing the votes to approve or reject the E-Levy.

Earlier this month, Mr. Ebenezer Kojo Kum’s family lawyer, Joe Mensah told Adom FM that “currently, he is home and getting better. As I speak to you, he can eat, talk and do everything as expected but he is still recovering.”

Meanwhile, a cross-section of Ghanaians have already described the development as insensitive to the 54-year-old legislator’s predicament.

But Sekondi MP Andrew Kofi Egyapa Mercer told JoyNews that though he is unaware of Mr. Kojo Kum’s presence in the House, it would not be out of place.

He explained that “it is not the first time that has happened.”

“Like I said, I’m not aware if he is going to participate but if he has to, then that is exactly what is going to happen,” he said on Tuesday.

“We are where we are and we need to do what we have to do,” he told Kwesi Parker-Wilson.

According to him, the MP has been discharged and “that in itself demonstrates some recovery on his part.”

NDC MP, Assin North Constituency, James Gyakye Quayson is also attending a hearing in court and is expected to be back to join proceedings.

Minority Leader told JoyNews that “we are all here except honourable Gyakye Quayson who has to go to court. We believe that he is on his way back or within the precincts of Parliament.”

So as it stands, 137 Majority members are in Parliament against the Minority’s 137 [if the Assin North MP shows up today.]

Haruna Iddrisu is confident that his side will successfully resist the Bill’s passage.

But NPP’s Andrew Kofi Egyapa Mercer disagrees. He expects that the E-Levy Bill will be passed by the end of today’s sitting.