‘Ajax is getting too small for Mohammed Kudus’ – Inaki Williams 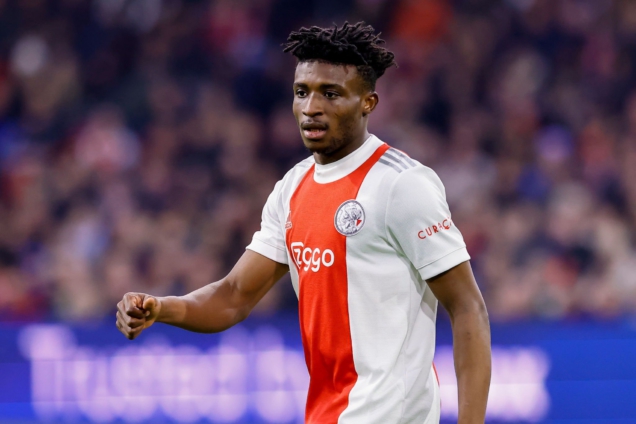 Ghana forward, Inaki Williams, says Ajax is becoming too small for Black Stars teammate, Mohammed Kudus, who is on the radar of many European heavyweights.

The 22-year-old is having his best season with the Dutch giants, with explosive performances in the UEFA Champions League before starring displays at the 2022 World Cup skyrocketed his reputation as one of the best U23 players in Europe.

Inaki, who had the opportunity to play with Kudus in September and at the Mundial, has described the Ajax star as a complete player.

“I think Ajax is starting to get too small for him and hopefully he will make the leap to a big club soon,” the Athletic Club forward told RadioMarca.

“I would have liked him to have had a Basque family member to be able to bring him to Bilbao because he is a bomb, he is a machine.

“He is very complete and with his young age, he still has a lot of room for improvement.”

Inaki Williams reveals he has already told his club mates Kudus is the standout player he has seen in the Black Stars team.

“I was already aware of him before coming because I had heard about him and had seen his goals. When I played the last national team break with him, he already surprised me a lot,” he added.

“To my colleagues [at Athletic Club], when they asked me if someone had impressed me, I always talked about him.”

Barcelona, Borussia Dortmund, Liverpool, and a host of top European clubs are said to tracking the progress of Mohammed Kudus at Ajax and he could be on the move in the summer.

DISCLAIMER: The Views, Comments, Opinions, Contributions and Statements made by Readers and Contributors on this platform do not necessarily represent the views or policy of Multimedia Group Limited.
Tags:
Adamu Benin Abdul Karim
Black Stars
Inaki Williams
Mohammed Kudus