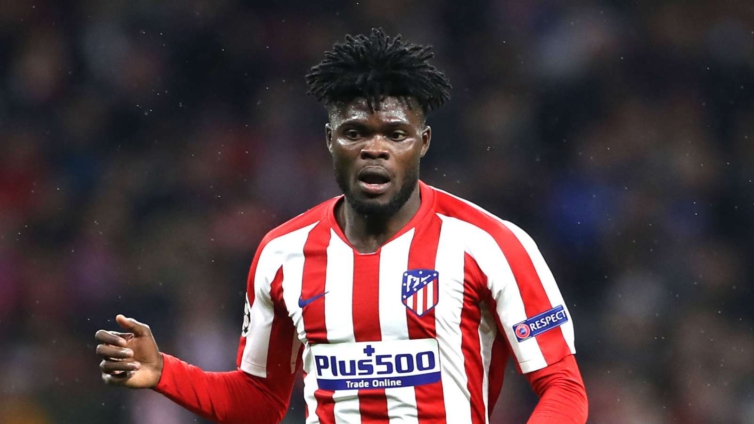 The 27-year-old has been linked with a move to Premier League club this summer.

Arsenal have had two bids for the holding midfielder rejected by Atletico Madrid, but the Gunners remain confident of landing their number one target.

“With Arsenal, I’m not too sure,” Akonnor said before remarking, “Arsenal fans will kill me [for saying he should not join the gunners].”

“I hope that and I’m sure money issues will come in, but I hope that whatever he asks for, Atletico will be able to pay,” he concluded.

Partey has been a key player for Diego Simeone’s men, since breaking into the first team in 2015. The club are desperate to keep Partey, who has two years to run on his current deal.

Partey is expected to feature for Atletico in Thursday’s night Champions League quarter-final clash against RB Leipzig in Lisbon.