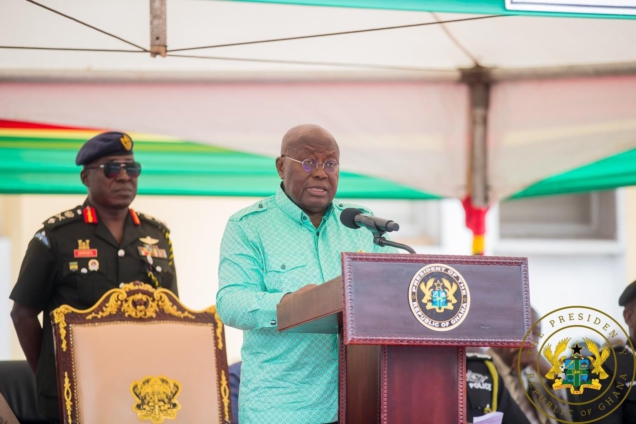 President Akufo-Addo has commended efforts by the Police Administration to boost public confidence in the institution.

He said the laudable initiatives being introduced have made the Service best institution in the country.

According to him, such reforms will lead to better policing for the safety of all Ghanaians.

President Akufo-Addo spoke at the Police Headquarters on Monday, August 15.

This was when he presented 1,000 motorbikes to the Service for its community patrols.

“The Police Service has embarked on a transformation agenda in positioning the Service to become one of the best institutions in the country, if not the best.

“This laudable initiative seeks to regain the respect, trust, and confidence of the public,” he said.

President Akufo-Addo added that the government is aware of the innovations and will fully support the leadership in its quest.

“Government is very much aware of the efforts taken by the Service to intensify targeted operations in communities notorious for violent crime.

“Special teams have been trained and positioned in defined locations to make it difficult, if not impossible, for criminals to have a field day,” he added.