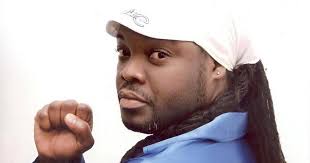 Ghanaian musician Barima Sydney says he will give President Akufo-Addo the nod in the upcoming elections to serve a second term because of the achievements chalked in the Energy sector.

The singer, born Sidney Kofi Ofori, said he is impressed with how the President has resolved the energy crisis that the country experienced some years ago.

“I really admire the way he’s managed the energy situation. Before then, we all remember ‘dumsor,’ but now we fairly have light,” he said.

The artiste is among celebrities who have openly endorsed political parties in the country.

His endorsement follows that of Dancehall artiste Emmanuel Andrews Samini known in Showbiz as Samini who has also openly declared support for President Akufo-Addo.

The ‘My Own’ hitmaker took to Twitter to announce his support for the President’s bid to be elected for a second term on December 7.

Samini in his post wrote that he was choosing to vote for a leader he believes has a “hopeful” future for the country.

Few weeks on, Barima Sydney has also stated that he is supporting President Akufo-Addo’s second term bid mainly because of how the government has managed the power crisis.

Speaking on JoyFm’s Showbiz A-Z, Syndey further urged the public to create a balance between the ruling NPP and opposition NDC governments by giving President Akufo-Addo another four-year term.

“It’s not fair to judge someone’s 8 years with somebody’s 4 years,” he said.

“The President just came in 4 years ago. I think it’s just fair that we give him another 4 years so that we can compare the two very well,” he added.

DISCLAIMER: The Views, Comments, Opinions, Contributions and Statements made by Readers and Contributors on this platform do not necessarily represent the views or policy of Multimedia Group Limited.
Tags:
Barima Sydney
Dumsor