Akufo-Addo has allocated more resources to agric sector than any other government - Minister - MyJoyOnline.com 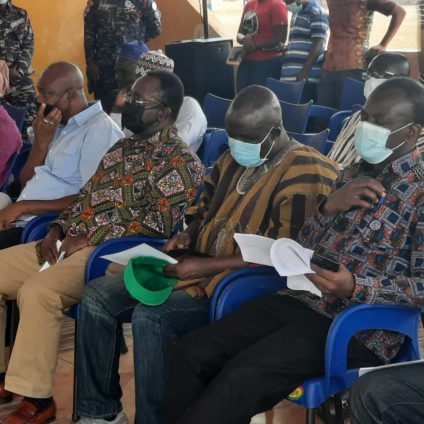 Minister for Agriculture, Dr Owusu Afriyie Akoto has indicated that resources allocated to the sector in the five years of President Akufo-Addo’s government surpass any other government since independence.

“In fact, I will say that the amount of resources allocated to the agriculture sector in the last five years are so much that if you compare it to what resources have been given to the sector in the past since no government has dedicated so much public resources to agricultural development,” he said.

Dr Akoto said it is, therefore, not surprising that the results are out for all to see adding that the country has become a foodbasket for West Africa that, countries surrounding Ghana are coming in to buy.

The Minister who said this at the Gbewa Palace to kick start his tour of the five regions of the North said the Northern Region’s contributions to that trade are important for the region and the development of the farmers.

He said there are several programs designed specifically for the Savannah zone naming the Savannah Zone Agricultural Productivity Improvement Project (SAPIP) as one of them.

“It’s only in its fourth year of implementation and we have great hope that it’s going to expand agriculture and absorb the numerous youth who are unemployed you talked about,” the Minister added.

He said the ministry is also implementing the Savannah Investment Program (SIP) which is solely for the animal sector.

“We have gone for a loan from the African Development Bank (ADB) to boost the production of livestock in selected regions including northern region, that project is only two years and its already having an impact on the farmers,” Dr Akoto said.

According to him, more dams will be constructed under the one village one dam policy and the region will be benefit more from the dam construction.

He added that the government will also build more warehouses in the country and Northern Region will benefit when they begin in addition to the eight that are in existence.

The King of Dagbon Yaa-Naa Abukari II said the greater percentage of arable land in the region is left to waste despite the numerous government interventions in the agricultural sector.

He said Dagbon is still riddled with unemployment in spite of the interventions. He, therefore, appealed to the Minister to channel intervention to the region believing that it will be a seed of attraction of the youth to the agricultural sector.

Yaa-Naa Abukari II praised the government for its fertiliser subsidy policy which he said has improved upon agriculture in the area but called on the minister to work hard to ensure they eliminate the delays in its supply.

He congratulated this year’s National Best Farmer who hails from the Mion District of the Northern Region and called on the youth of Dagbon and Ghana to see his win as a motivation to venture into the agriculture sector.

Yaa-Naa Abubakari commended the Minister for his contribution to the growth of the agric sector adding that his renomination is on merit because of his hard work.