Akufo-Addo has come to represent hopelessness; I find it difficult to listen to him these days – Manasseh Azure 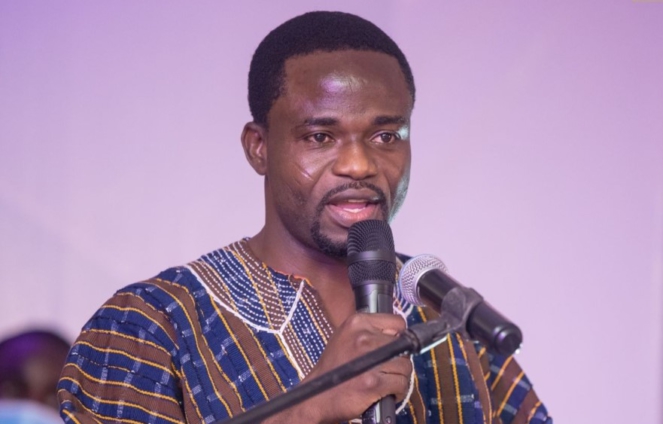 Editor of the Fourth Estate, Manasseh Azure Awuni, says President Akufo-Addo has become an epitome of hopelessness in the country.

According to him, the President has disappointed the hundreds of Ghanaians who reposed confidence in him ahead of the 2016 general elections.

Reacting to the President’s recent State of the Nation’s Address on UpFront on Thursday, the award-winning journalist indicated that Akufo-Addo’s speech on Wednesday, was underwhelming.

“If any State of the Nation Address meets my expectations, it isn’t what Mr. Akufo-Addo delivered. Because he has come to represent hopelessness in my view. I used to be one of those who cheered him most whenever he wanted to speak, but these days, I struggle to tolerate him when he’s speaking.

To put it in a better way, I find it difficult to listen to the President when he speaks. Because some of the things he said he will do and the things that gave some of us hope are things that we have not seen. It keeps getting worse”, he told host, Raymond Acquah.

JoyNews/AdomNews · Akufo-Addo has come to represent hopelessness; I find it difficult to listen to him – Manasseh Azure

In his view, politicians in Ghana, deliberately woo young people with enticing promises, only to disappoint them when they win power. This according to him, has dashed the hopes of many young people; creating a feeling of apathy in them.

Mr. Azure further intimated that, young people in Ghana have lost hope in ‘hard work’, due to how people with merit are not able to excel in their endeavours, unless they have some ties and allegiances to those at the helm of affairs.

Contributing to discussions on ‘The State of the Ghanaian Youth’ on UpFront, he stated that, since 2017 when the NPP won power, it has been the best time to be a youth in Ghana.

In justifying his claims, he stated that, “the challenge and the history has been that, there were large numbers of Ghanaian youth who dropped along the line not because of the lack of mental capacity or interest in education, but just because of the financial barrier that payment of secondary school fees presented”.

The current boss of the National Youth Authority (NYA), argued that government’s Free SHS policy has created the opportunity for many young people to access education which will enable them excel in the future.

In his opinion, this will have a positive generational impact on them, as well as the fortunes of the country at large. Touting the impact of the policy, he remarked that “Through Free SHS, now over 1.2 million Ghanaian young persons are in the classroom. A large number of them would have stayed behind. The first year, the inaugural year of the Free SHS, between 2016 and 2017 in nominal terms [saw] over 48,000 people, almost 50,000”.

Meanwhile, President Akufo-Addo in his State of the Nation Address on Wednesday, acknowledged the plight of young people in the country, and reiterated the willingness of his government in addressing the challenges that confront them, especially, unemployment.

DISCLAIMER: The Views, Comments, Opinions, Contributions and Statements made by Readers and Contributors on this platform do not necessarily represent the views or policy of Multimedia Group Limited.
Tags:
Akufo-Addo
Manasseh Azure Awuni
Pius Enam Hadzide
SONA 2022
Youth