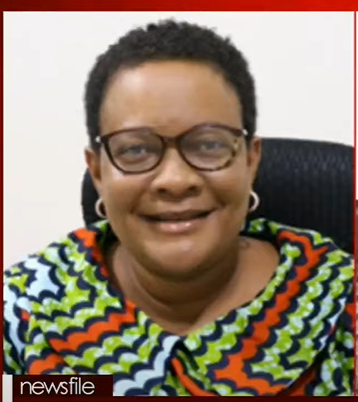 The Programmes Manager of the Ghana Integrity Initiative, Mary Awelana Addah has expressed doubt about the commitment of President Akufo-Addo to fighting the menace of corruption in the country.

According to her, despite a few reasonable efforts by the President to stem the canker, there is the need for the President to demonstrate commensurate action with his speeches on dealing with corruption.

Speaking in an interview with Samson Lardy Anyenini on NewsFile on Saturday, she bemoaned the challenges being faced by the Special Prosecutor, Kissi Agyebeng, in the discharge of his duties.

In her view, the absence of a Board to support the Office of the Special Prosecutor (OSP) and the lack of funds to run the Office, give credence to the President’s lack of commitment to rooting out corruption.

“Let’s be very frank and say that it is no more interesting at all. We should call a spade a spade and say that our President, even though he has promised to fight corruption has not shown that significantly per his actions when it comes to the Office of the Special Prosecutor.

I say so because the composition of the Board is such that it is institutional. And so the institutions present the list, and the list is submitted to the Presidency so that these people are sworn in to take charge of the Office.

And I’m saying that the commitment is not shown by action because, if this gentleman is supposed to work, the Board should give him strategic guidance and direction. Again per his Act, the Board is supposed to ensure that they advise him on recruitment, particularly of certain staff”, she explained.

Touching on the structural edifice allocated to the OSP, she noted that based on her previous visits, it is only the ninth floor of the building that is fit for use; an evidence of the lack of a conducive environment for the OSP to work.

The President is then required to inaugurate the board members nominated by the institutions in accordance with Article 70 of the Constitution.

However, according to JoyNews sources, although the OSP has written multiple letters to the Presidency reminding it of the need to inaugurate the Board to ensure the smooth operation of the Office, this has not been done.

In this regard, the OSP is said to have made a request for the approval of a GHC1 billion budget to set up the office, build a cyber security and forensic lab, cells to keep suspects and purchase other logistics.

But available information indicates that the Finance Ministry committed about GHC170 million out of which only GHC10 million have been released.

On the back of these revelations, the Programmes Manager of the Ghana Integrity Initiative called for government to equip the OSP to enable it perform its duties with the needed efficiency.

“Fighting corruption goes beyond just giving a little money, [where] when people want one billion you give them 170 million. It’s not commitment enough. When the President said he was going to fight corruption, the people of Ghana trusted him on those promises he made per his campaign, and we voted for him on that.

And so the mantra seriously is just too much. Talking, talking, talking, and the action is not showing. Now that somebody wants to show action, let them show that. To conclude, when people say that the President is talking without matching the talk with action, in a lot of instances, perhaps maybe more than half of it, is indeed the case”, she added.

DISCLAIMER: The Views, Comments, Opinions, Contributions and Statements made by Readers and Contributors on this platform do not necessarily represent the views or policy of Multimedia Group Limited.
Tags:
Corruption
Ghana Integrity Initiative
Kissi Agyabeng
Newsfile
Office of the Special Prosecutor