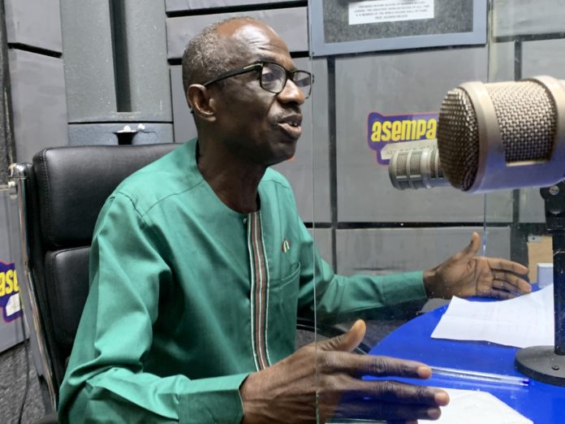 According to the veteran politician, the President carries no substance.

He said this is a view has formed of Nana Akufo-Addo long before became the President of the country.

In a Facebook post on Sunday, the NDC National Chairman hopeful said President Akufo-Addo has nothing better to offer Ghanaians in these turbulent times.

“I have always insisted that President Nana Akufo-Addo is empty. I formed this opinion many years ago as an NDC Parliamentarian.

“He was representing the NPP in Parliament. Listen critically to him, and you will know he is full of smoke. Nothing beyond the smoke,” he said.

Mr Asiedu Nketiah also accused the President of being arrogant and not heeding advice.

According to General Mosquito, President Akufo-Addo should have taken a cue from his predecessor, John Dramani Mahama’s lecture on Thursday, October 27.

“President Mahama set the right tone in his brilliant address, with solutions and proposals, at the UPSA for Akufo-Addo to learn from.

“But arrogance and lack of capacity deprived him of the opportunity to drink from his predecessor’s fountain of wisdom,” he added.

President Akufo-Addo addressed the nation on Sunday, October 30, about measures his government was taking to curtail the current economic crisis.

In his address, the President hinted at possibly securing a deal with the International Monetary Fund (IMF) by the end of the year.

According to him, the country is likely to arrive at an agreement by December to get the crucial bailout it seeks.

Amidst the general economic difficulties facing Ghanaians, the President in the address to the nation on Sunday insisted that the government is committed to ensuring that the economy is back on track.

DISCLAIMER: The Views, Comments, Opinions, Contributions and Statements made by Readers and Contributors on this platform do not necessarily represent the views or policy of Multimedia Group Limited.
Tags:
Akufo-Addo
Asiedu Nketia
Bawumia
Economic hardships
Government
NDC
NPP