Akufo-Addo is not against mining, he is helping to improve it – Lands Minister 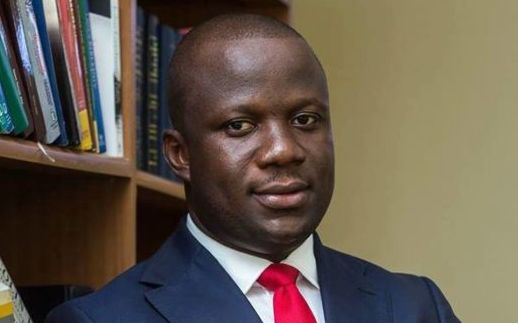 The Lands and Natural Resources Minister has debunked assertions that government is against small-scale mining in the country.

According to Samuel Abdulai Jinapor, the government’s aim is to ensure that the rules and regulations governing the activity are strictly complied with to help sanitise the environment.

“The government of President Akufo-Addo is not against mining. We are not against small-scale mining. On the contrary, we are working to regulate, sanitize and promote a viable and sustainable small-scale mining which has regard to the preservation of the environment of our country,” he stated at a press briefing on Tuesday.

His comment comes after the National Association of Small Scale Miners accused the military of burning excavators and mining equipment belonging to its members that are operating legally.

According to the group, efforts by the government are not evident in its fight to improve the mining sector.

Earlier this year, the government took critical measures to ensure water bodies and the environment, in general, are protected.

To curb the menace, the government deployed 200 officers along on River Pra in the Western and Central regions to halt operations of illegal miners.

In order to enforce this initiative, the Lands Minister declared a ban on all mining activities in forest reserves and water bodies with or without legal authorisation.

Meanwhile, addressing the press, the Defense Minister indicated that the military officials do not intimidate miners who have legitimate licenses to operate.

“If you have a license and you find yourself mining within the 100 meters radius, you are doing an illegal thing the soldiers are supposed to destroy any equipment mining within the river body of 100 meters radius. They are not going to ask you for your license or you don’t have a license it as simple as that, once you are caught in the red zone it doesn’t matter who you are they will destroy your equipment,” he added.

DISCLAIMER: The Views, Comments, Opinions, Contributions and Statements made by Readers and Contributors on this platform do not necessarily represent the views or policy of Multimedia Group Limited.
Tags:
Galamsey
Lands Minister
National Association of Small Scale Miners
Samuel Abu Jinapor