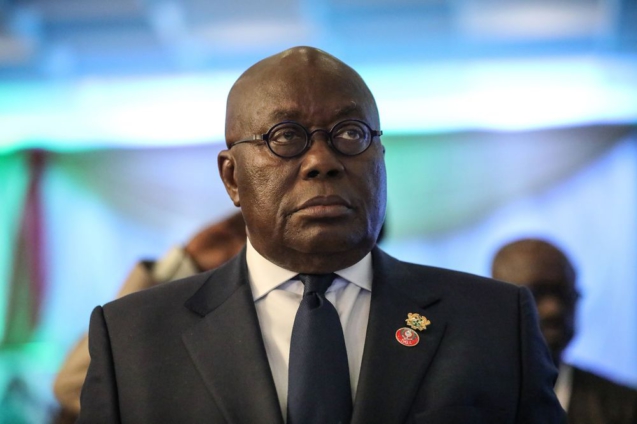 The former Special Prosecutor, Martin Amidu, says arrogance and impunity of power have taken over the Akufo-Addo administration since it assumed office in January, 2017.

In his latest epistle, the former Attorney-General said, government creates an impression of being democratic; however, it is evident that President Akufo-Addo is running a self-styled “democratic-autocratic governance.”

According to him, government seeks “cosmetic post facto consultation with relevant stakeholders only when there is a serious objection to the policy by the electorate and other stakeholders.”

“The constitutional principles of probity, accountability, and transparency in governance are shamelessly contravened by a government that came to power only after representing to We the People that it would be the most accountable and transparent government ever to run the affairs of this country,” he noted.

The unprecedented incident came after the Majority in Parliament staged a walkout during the deliberation on the said budget.

The Majority has subsequently refused to admit that the budget has been thrown out.

According to the NPP Caucus in the legislature, it was unconstitutional for Speaker Alban Bagbin to proceed with the hearing when they walked out of the chamber.

However, in a rebuttal, the former Special Prosecutor noted that it will not be the first time deliberation on a policy before the House continued despite the absence of one caucus.

Citing the botched Agyapa Royalties Agreement, Mr Amidu said it was “hurriedly” approved even though the Minority in Parliament had staged a walkout, thus, were not present.

“The Agyapa Transaction Agreements, for instance, is an exemplified display of the arrogance and impunity of power by this government when it stuck to its position to complete the listing of Agyapa Royalties Limited on the London Stock Exchange by December 30, 2020, even after the most affected stakeholders, including the Chiefs as custodian of the nation’s lands, raised reasoned objections to the unaccountable and opaque manner the government obtained the parliamentary approval without prior consultations with the Chiefs and people.

“It was only over these damning objections that the government pretended to start consultations with stakeholders while insisting that the listing of the Agyapa Royalties Limited on the London Stock Exchange on or before the due date in December 2020 was not for negotiation. It had to take the Agyapa Royalties Anti-Corruption Risk Assessment Report and the audaciousness of a Special Prosecutor not to shelve the report for the government to swallow humble pie and save face by pretending to refer the Agreements for reconsideration by the Parliament that approved it,” he stressed.

Therefore, he believed that the level of stubbornness and failure to liaise with the opposition caused the rejection of the 2022 budget, making it the first economic policy to be rejected in the Fourth Republic.

DISCLAIMER: The Views, Comments, Opinions, Contributions and Statements made by Readers and Contributors on this platform do not necessarily represent the views or policy of Multimedia Group Limited.
Tags:
Martin Amidu
power impunity and arrogance
President Akufo-Addo