Akufo-Addo meets Council of State, AGI and Association of Bankers on economy 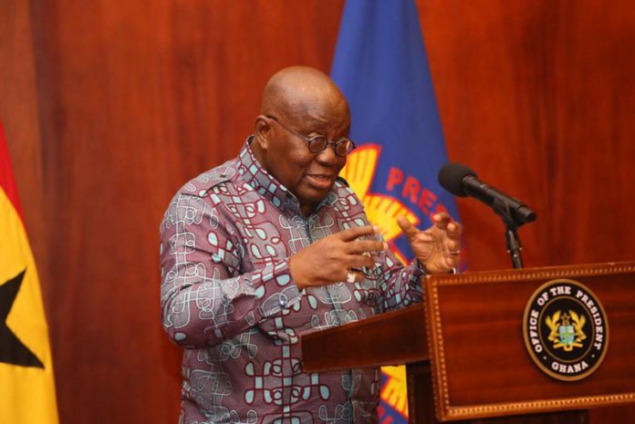 The meeting afforded the President the platform to disclose the outcome of the international monetary fund negotiations with the government for a possible bailout and the expected impact on the economy.

Opening the session, the President said government wants all hands on deck to be able to turn the economy around.

“Basically, what I want you to do and that is the reason why also the Finance Minister, BoG Governor and officials of the government are here, is to indicate to you where we have gotten to in the negotiations we are having with the Fund…and then also to hear from you what you think would be significant,” the President said.

Members of the Economic Management Team, Trade Minister and the Chief of Staff were all present in the meeting.

Meanwhile, there have been calls by some New Patriotic Party (NPP) parliamentarians for Finance Minister, Ken Ofori-Atta to be sacked.

“Notice is hereby served that until such persons as aforementioned are made to resign or removed from office, we members of the Majority caucus here in parliament will not participate in any business of government by or for the President [or] by any other minister,” he explained.

President Akufo-Addo has since ordered to meet with NPP MPs tonight over their demand for the sacking of Finance Minister, Ken Ofori-Atta.

This is information gathered by JoyNews’ sources at the Presidency.

DISCLAIMER: The Views, Comments, Opinions, Contributions and Statements made by Readers and Contributors on this platform do not necessarily represent the views or policy of Multimedia Group Limited.
Tags:
AGI
Akufo-Addo
Council of State
Ken Ofori-Atta