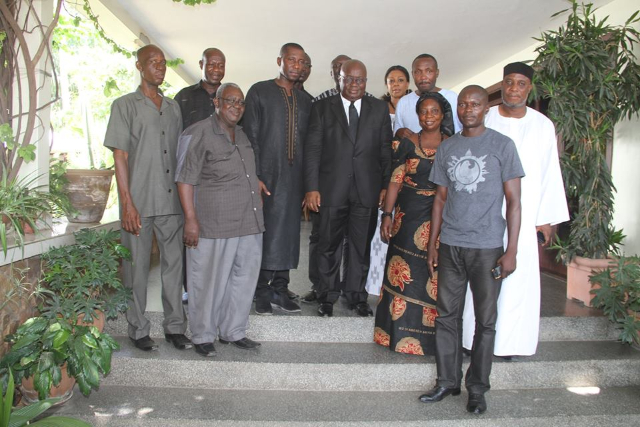 In his address at his Nima residence when the businessman called on him yesterday, he said "Sorry, have my sympathy, I will do all I can to be present, if am not able to make it, you will definitely hear from me."

"Kennedy has been a very loyal friend. At age 68, she is young, but all the same I say sorry for the loss. I have always thought that you were an Ashanti because of your regular financial support to kotoko, never knew you were a kwahu."he added.

Kenpong thanked Nana for accepting to join him to give his mother a befitting burial next month.

He was led by head of family, Samuel Opoku Gyimah and other family members, who as custom demands, presented a bottle of strong drink and an invitation card to Nana.

Last month, Kenpong called on the two former Ghana presidents-John Rawlings and John Kufuor at their residence in Accra, and indications are that he will visit the Asantehene Otumfuo Osei Tutu ll today at Manhyia to officially invite him to the funeral scheduled for May 28, at Mpraeso, Kwahu in the Eastern Region.