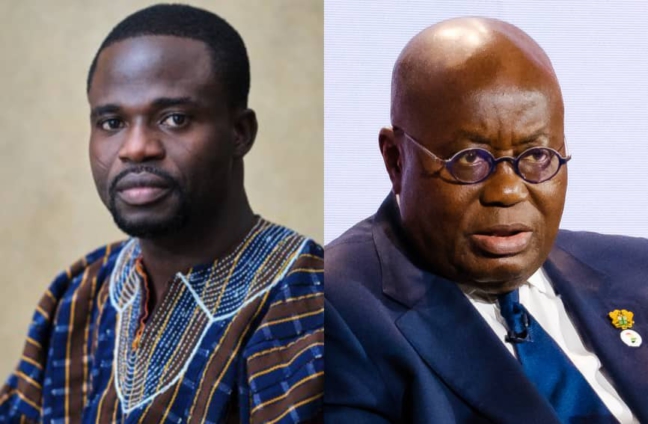 Ace investigative journalist, Manasseh Azure Awuni, says President Akufo-Addo must resign if he cannot dismiss persons who are complicit in the return of galamsey kingpin, Aisha Huang to Ghana.

In a series of Facebook posts on Monday, he lamented the re-emergence of the ‘galamsey queen’; questioning the competence of those at the helm of affairs.

In one of such posts, he wrote: “Akufo-Addo must resign if he can’t fire anyone for this Aisha Huang embarrassment. The sh*t is now beyond the ceiling”.

The comments by Manasseh Azure adds to the scores of public sentiments after it emerged that Aisha Huang and her accomplices were still about their illegal mining activities.

Her accomplices; Johng Li Hua, Huang Jei and Huaid Hai Hun have also been charged with the same offense.

The three, including a female (Jei) have denied the charge and the Court, presided over by Mr Samuel Bright Acquah has remanded them into lawful custody to reappear on September 14.

Meanwhile, Attorney-General, Godfred Yeboah Dame, is set to prosecute the notorious ‘galamsey’ poster girl, Aisha Huang for her past and recent crimes.

This was disclosed after he requested details of evidence compiled by investigators in 2018 and what has been compiled on alleged recent offences.

“Attorney-General and Minister for Justice, Godfred Yeboah Dame, has called for the docket on En Huang, a.k.a. Aisha Huang, from the Police”, portions of a Facebook post by the Ministry of Justice and Attorney-General’s Department on September 6 read.

DISCLAIMER: The Views, Comments, Opinions, Contributions and Statements made by Readers and Contributors on this platform do not necessarily represent the views or policy of Multimedia Group Limited.
Tags:
Aisha Huang
Akufo-Addo
Galamsey
Manasseh Azure Awuni