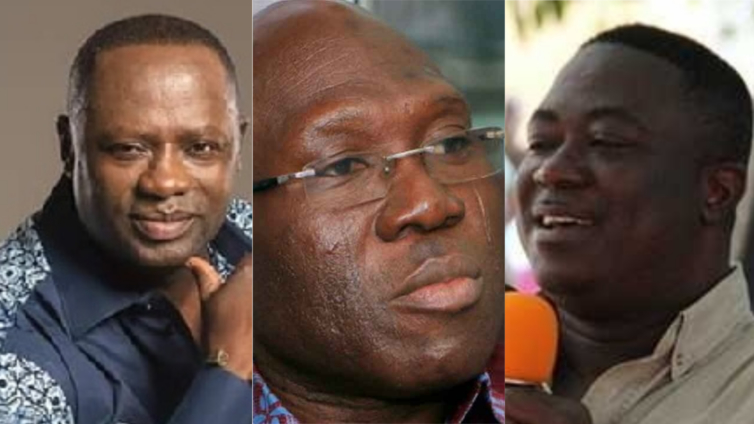 The immediate past Special Prosecutor, has accused the President of employing Machiavellian ( Dishonest) tactics in ensuring that his ministerial nominees were approved by the National Democratic Congress (NDC) MPs on the Appointments Committee of Parliament.

According to Martin A. B. K. Amidu, President Akufo-Addo and his government had leveraged the Double Salary Scandal and other criminal cases in which some NDC members were complicit, in forcing their hands (compelling them) to approve his ministerial appointments.

Mr Dame had said that Martin Amidu failed to prosecute MPs involved in the ‘double salary’ scandal despite it being presented to his office.

It emerged in 2018 that some MPs who served as Ministers in the Mahama administration, allegedly received double salaries.

The former Tamale Central MP, Inusah Fuseini; Ada MP, Comfort Doyoe Cudjoe-Ghansah and former Brong Ahafo Regional Minister, Eric Opoku, were among those accused and were to appear before the police for prosecution.

In 2012, four of the Ministers took double salaries and are currently not serving in Parliament, but by 2013 the double -salaried appointees had increased to 22, while in 2014 about 18 were said to be involved

From 2012 to 2016 when the NDC was in office, some of the appointees were captured in all the data collated as having received double salaries.

The list showed that the appointees received double salaries at least once a month, while others received them monthly throughout the years.

Initially, 25 NDC MPs were said to have been invited by the CID, but the then-Minority in Parliament held a press conference to debunk the allegation.

Mr Amidu claims there has been a reportage in some sections of the media alleging it was his failure to deal with the matter that has resulted in the non-prosecution of the MPs.

But Mr. Amidu has attributed the non-prosecution of the MPs to the President, stating that he [Akufo-Addo] had used the criminal cases as leverage to get the NDC outside Parliament to instruct its members on the Appointments Committee to approve all Ministerial appointments.

He added that, due to the President’s twisted plot to control the opposition in the 8th Parliament, it was only theatrical of the Attorney General to claim that he was “working on establishing a prima facie case against the ex-appointees and then swing into action.”

He said, Mr Dame’s assertions “cannot also be reflecting any factual truth because of negotiations led by one of the former Ministers of Finance of the NDC on behalf of this government which resulted in the NDC party, outside Parliament, instructing the NDC in Parliament to approve all the Ministerial nominees of government, including the Minister who was yet to supply further and better particulars to the Appointments Committee for consideration before his approval or disapproval by the Committee and by Parliament.”

Martin Amidu added, “the compromising agreement led to some NDC contractors being paid for the first time for work done prior to January 7, 2017, before the ministerial approvals were made as a show of good faith to the NDC.”

“My informants and agents within the Executive and parliamentary NDC are certain that the MPs Double Salary cases and other pending criminal cases involving some NDC Members of Parliament, formed part of the negotiation and compromises that paved the way for the resolution of the ministerial approval impasse with the NDC in Parliament,” he said.

He further stated, “It is an open secret, for those who care to find out that the second batch of NDC contractors have submitted their requests to the appropriate quarters, through a representative of the NDC in Parliament, who is to facilitate payments as part of the agreed compromise. “

Meanwhile, Martin AMidu has debunked the allegation that he failed to prosecute those involved in the Double Salary Scandal despite it being presented to his office.

According to him, such an allegation was false and unfounded and merely a political tactic to further tarnish his image while absolving the current government of their own corrupt ways.

DISCLAIMER: The Views, Comments, Opinions, Contributions and Statements made by Readers and Contributors on this platform do not necessarily represent the views or policy of Multimedia Group Limited.
Tags:
Akufo-Addo
Double Salary Scandal
Martin Amidu
Ministerial appointments
National Democratic Congress