Akufo-Addo would be responsible if anything happens to me – Amidu 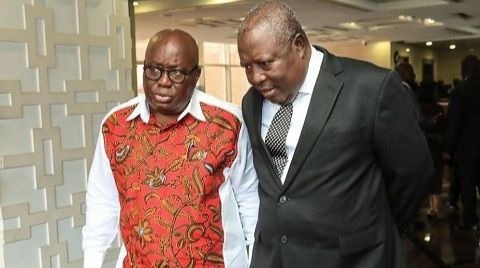 Former Special Prosecutor, Martin Amidu says President Akufo-Addo would be responsible if anything happens to him.

“I put my life on the interest of the Republic of Ghana and the president will be responsible if anything happens to me,” the former Attorney General said.

Martin Amidu in an interview stated that he has since received threats after undertaking the anti-corruption assessment report on the Agyapa Royalties deal.

According to him, “threats about bugging me, armed robbery, burn my house,” are some of the threats that have come to his notice.

Mr Amidu stated that he has tried severally to report threat-related issues to the Minister of National Security, Ken Daapah but has not yielded any results.

“I tried to call Ken Dapah, but he did not pick up but I got a former national security advisor to contact him and inform him.”

In his resignation letter to the Office of the President on Monday, Mr Amidu revealed that the demise of the former President Jerry John Rawlings put an end to the only protection he had.

“Events of 12th November 2020 removed the only protection I had from the threats and plans directed at me for undertaking the Agyapa Royalties Limited Transactions anti-corruption assessment report and dictates that I resign as the Special Prosecutor immediately.”

Amidu maintains that the fight against corruption is “mere rhetoric” adding that the threats he has received in the wake of his resignation are a prime example of corruption fighting back.

The ‘Citizen Vigilante’ also threatened to respond publicly if the threats he is receiving in the aftermath of his resignation does not cease.

“Either the attacks stop or I will defend my integrity even if that means my death”.

Nonetheless, ‘Citizen Vigilante’ says if pushed, he will respond to these attacks by going public “without fear or favour even to the extent that if my life will be laid for speaking the truth and defending the constitution of Ghana as by law established I will do so”.